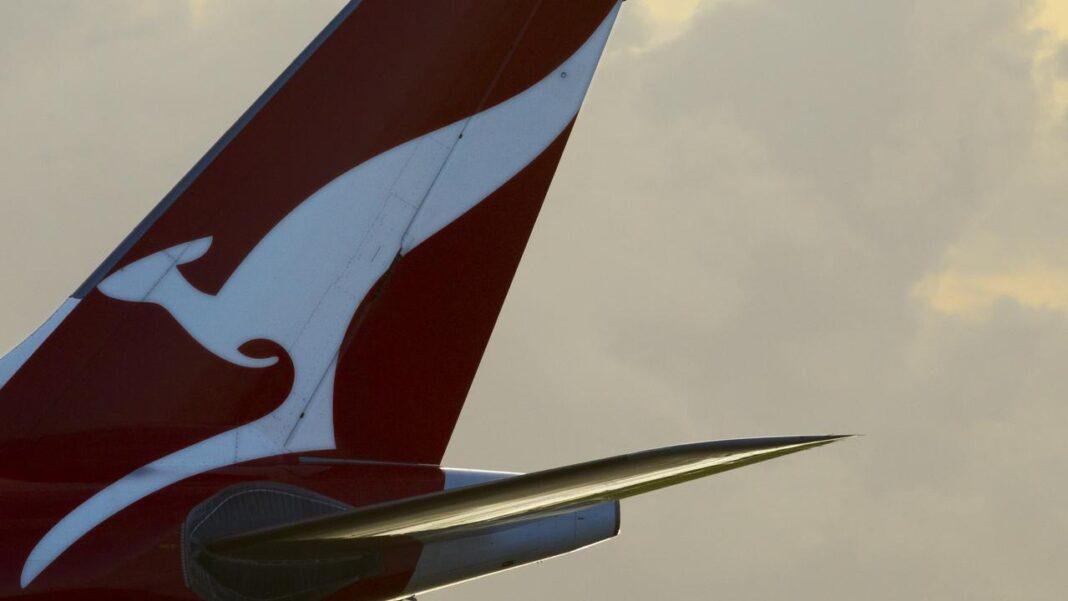 Victorian and NSW travellers planning to reunite with family and friends in WA next week face one major hurdle once the border reopens.

Australians planning to reunite with family and friends in WA will be slugged thousands of dollars in flights once the border reopens next week.

Flights between Sydney and Perth will cost at least $1000 next week, while one trip with Qantas on December 9 – the day after the border reopens – will set travellers back more than $2000.

A return flight booked from Sydney on December 9 and leaving Perth on December 15, seen on the Qantas site on Wednesday morning, will cost upwards of $4000.

The average cost of a flight before the coronavirus pandemic and border closures was between $300 and $400.

Flights between Melbourne and Perth are just as expensive, with the only direct trip on December 10 set to cost $1027.

Virgin Australia is also costly, with a flight on December 9 setting travellers back $1199.

But savvy travellers could save hundreds by delaying their trips, with prices dropping dramatically just days later as more flights are added.

A Qantas spokeswoman said the airline was caught off guard by WA’s announcement and was trying to add extra direct flights from December 8 as soon as the border reopened.

“We have been scrambling to add new flights to our schedule, following the WA government’s surprise decision to lift border restrictions,” the Qantas spokeswoman said.

“At this stage, we haven’t added any flights for the first week that borders will be open.

“The flights that are on sale that week are those that were in place for essential travel, so there is limited availability.

“We are looking to add more flights that week, which will see more lower fares available.

“We have added flights from December 14 with fares starting that week from $314 for a flight from Perth to Sydney.”

WA Premier Mark McGowan announced on Tuesday that the state’s border with Victoria and NSW would reopen from December 8 without the need to quarantine.

Mr McGowan said he was disappointed to see such expensive flights.

“I’d urge the airlines to be reasonable,” he told reporters on Wednesday.

The WA Tourism Council has suggested subsidising flights, but Mr McGowan has ruled that idea out.

“The key to more affordable airfares is more flights,” he said.

“I expect as demand increases there will be additional flights.”

The Premier reiterated he would not hesitate to reimpose the hard border if there was an outbreak in another jurisdiction, but dismissed concerns the message could discourage tourists from coming to WA.

“If there’s outbreaks over east, we’ll have to put in place new measures.

“I don’t expect there will be, but what we saw with South Australia is anything can happen at any point in time.

“So all we would say is that we’re open for business, but if we need to put the hard border back in place we will.”

Under WA’s controlled border rules, airport arrivals must undergo a health screening and temperature test, and be prepared to take a COVID-19 test if deemed necessary.

Travellers must also complete a G2G Pass declaring they have no coronavirus symptoms and outlining the jurisdictions they have been in over the past two weeks.

WA has not had any community transmission of the virus in eight months.

In a statement on Tuesday, Qantas chief executive Alan Joyce said the airline would add extra flights from December 14.

Qantas and Jetstar will operate more than 65 additional return flights from Perth to Melbourne and Sydney each week after the WA border reopens.

“NSW and Victoria have done such a great job getting the virus under control that it makes complete sense for WA to open the borders to Sydney and Melbourne,” Mr Joyce said.

“This is news that many families and tourism operators have been waiting so long to hear, but they don’t want borders shutting again when there is a temporary spike in one state or another.”

A Virgin Australia spokeswoman said the strong demand for flights to and from Perth following the announcement was causing fare prices to fluctuate.

She said the airline would also progressively increase services to Perth between December 8 and early January in line with customer demand.

“We are working to add additional services over the coming weeks and look forward to reuniting travellers with loved ones, friends and family soon,” she said.

“Fare prices fluctuate based on demand and due to the number of people making bookings to and from Perth (on Tuesday). Some services have limited seat availability.”

WA recorded two new cases of coronavirus overnight — two men, aged in their 30s and 50s, who travelled from overseas and are in hotel quarantine.

It brings the state’s total number of confirmed infections to 823.

Meanwhile, two women have been caught allegedly breaching self-quarantine after returning to WA from interstate.

Police visited a home in Rockingham on Tuesday where a 37-year-old woman and her four-year-old daughter were supposed to be quarantining, but they had allegedly walked to a nearby park.

“The woman will be infringed for failure to comply with a direction,” police said on Wednesday.

In a separate incident, a 50-year-old woman in Rivervale allegedly breached self-quarantine to go to a fast food restaurant.

Police further allege she left her motel three other times to buy food.

She has been summonsed with four counts of failing to comply with a direction and is scheduled to face Perth Magistrates Court on December 22.