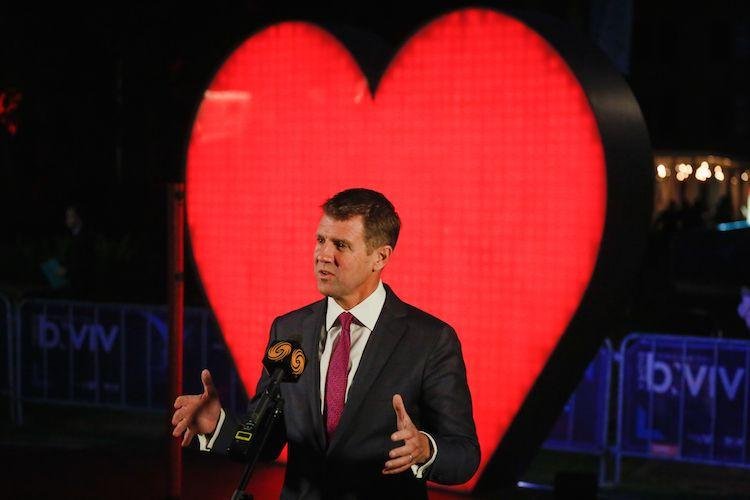 Sydney has once again turned on the lights for the eighth annual Vivid Sydney Festival.

I attended the launch last Friday and was pleased to see Circular Quay packed with people who had come to see the CBD transformed into a creative hub of colour, lights and music.

Vivid continues to grow each year and is the world’s largest festival of light, music and ideas. Last year was our biggest, attracting a record 1.7 million people that included more than 100,000 interstate and overseas visitors.

There are more than 80 light installations and 170 creative events for you to enjoy, and we’ve extended the festival to 23 nights to give everyone a chance to have fun exploring what Vivid has to offer.

We have two new festival precincts in 2016, the Royal Botanic Garden and Taronga Zoo, where giant light installations in the shape of some of our favourite zoo animals can be found. Chatswood was a new precinct last year and is back by popular demand, as is Darling Harbour where one of the festival’s top attractions, the Laser Dragon Water Theatre, features flame jets and 56 fountains – some reaching as high as 25 metres.

Indigenous art will be showcased on the sails of the Sydney Opera House as part of “Songlines”, an animation featuring the work of six renowned artists.

Vivid attracts the world’s leading creative minds, lighting artists and musicians to Sydney and NSW and I encourage everyone to take the time to walk around the Sydney Harbour foreshore and experience the festival between now and 18 June.

In other news, I visited Wynyard train station this week to unveil our plans for the station’s revitalisation.

We’re in the process of upgrading the cramped and tired space with a brand new concourse and platforms to provide commuters with some of the most modern public transport facilities in the country.

As part of the transformation, the Government has accepted an offer from developer Brookfield to design and develop ‘Wynyard Place’, which will become a new entrance to the station from George Street. Wynyard Place will also consolidate four existing buildings to deliver a four-level public concourse and a grand transit hall that will service more than 100,000 commuters every day and connect the station with George Street light rail, bus, taxi and pedestrian networks.

This $1 billion project is set to become the new jewel of Sydney’s CBD and is expected to be complete from 2020 onwards.

Finally, nominations for the 2016 Premier’s Multicultural Media Awards are open.

These awards recognise the work of professionals working in the multicultural media who keep the state’s communities up-to-date with news and events taking place here and overseas. Nominations are now being accepted across 14 award categories, including best print publication, community television or radio report, and emerging journalist. Nominations are open until 5pm on Sunday 19 June 2016. More information about the awards, eligibility and past winners can be found by visiting: