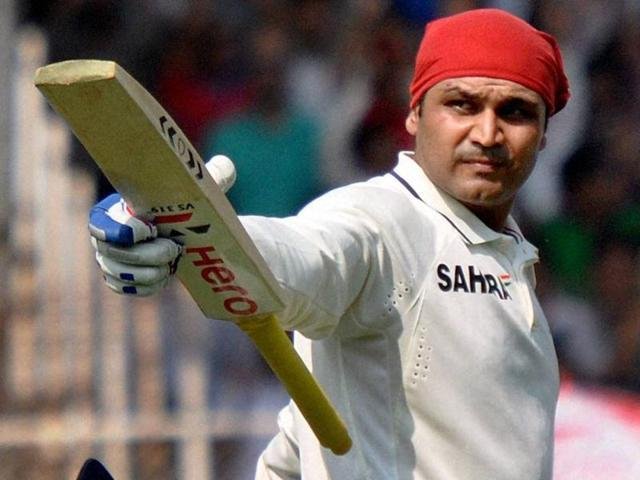 Virender Sehwag, one of India’s greatest opening batsmen, announced his retirement from international cricket as well as from the Indian Premier League (IPL) on Tuesday, his 37th birthday.

Nearly two-and-a-half years since he last played for India, the explosive batsman, who currently captains Haryana in the Ranji trophy, had hinted at a pending retirement announcement on Monday as he confirmed his participation in next year’s Masters Champions League 2020 in Dubai, where only retired cricketers can play.

Later, in a video chat with ‘The Quint’ Sehwag confirmed that he will soon make an official announcement. “Yes I will retire soon from international cricket, I will announce it officially and you people will get to know that,” Sehwag told the news portal.

Sehwag revealed that he was planning to retire along with his contemporary Zaheer Kahan, but the pacer went ahead and made the announcement last week.

Sehwag was present at the launch ceremony of the veterans T20 league in Dubai alongside Brian Lara, Graeme Smith and Azhar Mahmood. When asked how he could play, as MCL is a retired cricketers’ league, Sehwag quipped, “If I am not retired I will not play. I will go back to India and announce my retirement. It is not official yet. I am playing first class and not international cricket.

“When I will go back to India, I will think about it and will officially announce my retirement from all international cricket and all forms of the game. You will hear very soon.”

The MCL will be played in February next year, which means that Sehwag will complete his Ranji Trophy commitments with Haryana before joining the veterans’ league.

In a glorious international career spanning over 12 years, the batsman nicknamed the ‘Nawab of Najafgarh’ played 104 Tests scoring 8586 runs at an impressive average of 49.34, hitting 23 centuries and 32 half-centuries. He is the only triple centurion in Tests for India having scored a quickfire 309 against Pakistan at Multan, which is also an Indian record. He is also one of those rare batsmen to have scored two triple tons, with his next one (319) coming against South Africa. Don Bradman, Chris Gayle, and Brian Lara are the only others to have scored a triple century twice in Test matches.

In 251 ODIs, he accumulated 8273 runs at an average of 35.05 and scored 15 hundreds apart from hitting 38 fifties. In 19 Twenty20 Internationals, he managed 394 runs with two half-centuries. He has been a part of two World Cup winning teams under Mahendra Singh Dhoni’s leadership — 2007 World T20 in South Africa and the ICC Cricket World Cup in India.