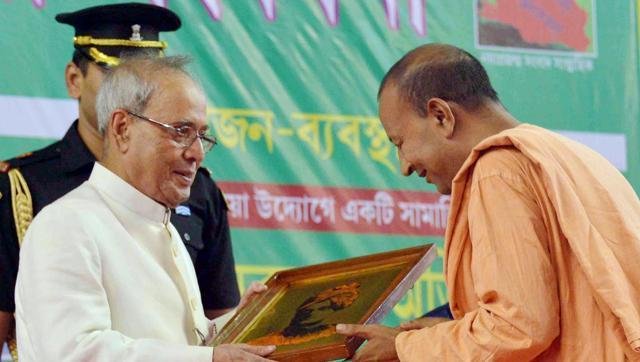 President Pranab Mukherjee on Monday said the country should not give up “humanism and pluralism”, in another call for unity amid increasing incidents of rightwing violence.

“Humanism and pluralism should not be abandoned under any circumstance. Assimilation through receiving is a characteristic of Indian society. Our collective strength must be harnessed to resist evil powers in society,” Mukherjee said.

Addressing a gathering organised by Nayaprajanma, a local weekly newspaper in West Bengal’s Birbhum district, he expressed apprehension about “whether tolerance and acceptance of dissent are on the wane?” Details of his speech were later tweeted from his official id.

“Indian civilisation has survived for 5000 years because of its tolerance. It has always accepted dissent and differences. A large number of languages, 1600 dialects and 7 religions coexist in India. We have a Constitution that accommodates all these differences,” the President said.

The President’s strong words come on a day Jammu and Kashmir MLA Sheikh Abdul Rashid was attacked by activists of a fringe Hindu outfit who threw black ink and motor oil on him at New Delhi for holding a beef party in Srinagar earlier this month. In Mumbai, Shiv Sena activists forced cancellation of a meeting between cricket boards of India and Pakistan, and in Udhampur, a trucker died after being attacked by a mob over rumours of cow slaughter.

Earlier this month, the President had called for “tolerance and plurality” at a function held at the Rashtrapati Bhavan, shortly after a 55 year old man was lynched in Uttar Pradesh over rumours he had eaten beef.

Greeting people on the eve of Durga Puja celebrations, Mukherjee expressed the hope that “Mahamaya – the combination of all positive forces would eliminate the Asuras or divisive forces.”