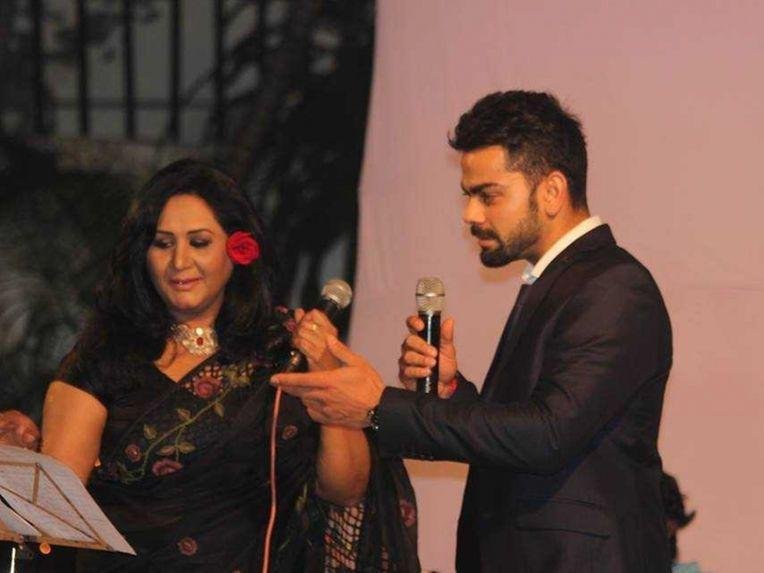 Few can argue about Virat Kohli’s cricketing skills on the field. But who knew that India’s star batsman also had musical talents to match his on-field feats.

A day after India’s emphatic win over Pakistan in the Asia Cup Twenty20, Kohli was seen singing the famous song “Jo waada kiya wo nibhana padega” from the film ‘Taj Mahal’ that was originally sung by Lata Mangeshkar.

Kohli shared a video of his musical performance at an Indian High Commission event in Dhaka on Sunday.

The Indian batsman shared the stage with Bangladeshi singer Fahmida Nabi. Though, Kohli wasn’t the only one letting his hair down as Suresh Raina and coach Sanjay Bangar too joined the melee, showing their singing prowess.