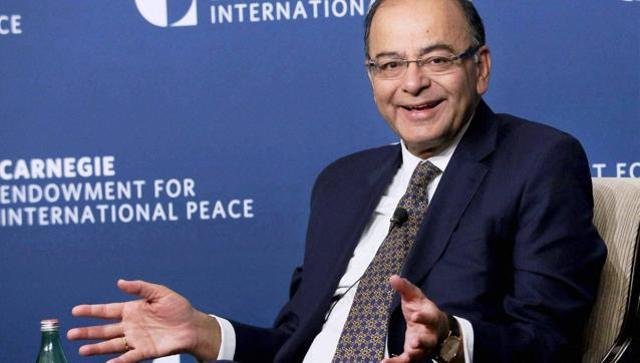 Finance minister Arun Jaitley on Thursday told the US that recent hikes in H-1B and L-1 visa fees for foreign workers were discriminatory and “largely targeted at Indian companies”.

While H-1B visa allows companies to hire highly skilled foreign workers if they are unable to find the required talent locally, L-1 is for intra-company transfers.

India was alarmed by the fee hikes that came close on the heels of IT giants TCS, Infosys and Wipro coming under concerted attack from lawmakers and unions over layoffs.

Jaitley told Froman that the fee hikes were “discriminatory and in effect, largely targeted at Indian IT companies,” the finance ministry said in a statement.

The visa fee hike issue figured prominently at a Republican presidential debate — TCS was named — with frontrunner Donald Trump saying he favoured a pause in the H-1B programme to review it.

Jaitley is in Washington for the annual spring meetings of the World Bank group, and is meeting his US counterpart and other officials on the sidelines.

The finance minister also raised with Froman the long-pending issue of “totalisation”, social security (something like Provident Fund in India) collected from Indians working in the US.

India wants the US to hand over the money thus collected — an estimated $1 billion contributed by Indian workers annually — as it does under agreements with other countries. India has totalisation agreements with 15 countries and the US with 24.