US Sues Walmart Over Opioid Crisis 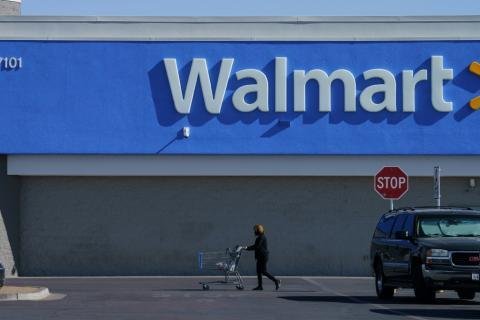 The US Justice Department sued Walmart over its role in the opioid crisis on Tuesday, alleging the giant retailer wrongly filled prescriptions and worsened a public health disaster.

The suit accuses Walmart of irresponsible handling of orders, filling thousands of “invalid” prescriptions and ignoring red flags about problem orders as it sacrificed public health in a drive to boost sales.

Authorities could seek up to billions of dollars in penalties in the litigation that followed a multi-year investigation, the Justice Department said in a press release.

“As one of the largest pharmacy chains and wholesale drug distributors in the country, Walmart had the responsibility and the means to help prevent the diversion of prescription opioids,” said Jeffrey Bossert Clark, acting head of the Justice Department’s civil division.

“Instead, for years, it did the opposite — filling thousands of invalid prescriptions at its pharmacies and failing to report suspicious orders of opioids and other drugs placed by those pharmacies.”

Walmart, which initiated its own suit against the Justice Department in October, called the charges baseless on Tuesday.

It accused US authorities of embarking on a “transparent attempt to shift blame from the Drug Enforcement Administration’s well-documented failures in keeping bad doctors from prescribing opioids in the first place.”

The government lawsuit depicts Walmart, the world’s biggest retailer, as “uniquely well positioned to prevent the illegal diversion of opioids” through its operation of more than 5,000 pharmacies and its role in wholesale distribution of controlled substances through 2018.

But Walmart managers put “enormous pressure on pharmacists to fill prescriptions,” while its compliance unit collected data on invalid controlled-substance prescriptions but withheld the information from pharmacists, according to the US complaint.


The litigation cites one official in the compliance unit who said “driving sales” was more important than flagging refusal-to-fill reports and comments from managers who urged the quick filling of prescriptions because “shorter wait times keep patients in store.”

Walmart dismissed these arguments, decrying the complaint as “riddled with factual inaccuracies and cherry-picked documents taken out of context.”

The company vowed to “keep defending our pharmacists as we fight this new lawsuit in court.”

In its own suit against the government, Walmart argued that the US crackdown put it in a no-win position.

Pharmacists “must make a difficult decision” of either accepting a doctor’s “medical judgment and fill the opioid prescription, or second-guess the doctor’s judgment and refuse to fill it,” the company said.

Pharmacists face potential federal action if prosecutors say an order was wrongly filled, or the chance of having their license “stripped for the unauthorized practice of medicine, not to mention the potential harm to patients in need of their medicine,” Walmart said in the suit.

The Justice Department case marks the latest instance of government crackdown in response to the opioid crisis, which authorities said has driven the first significant reduction in US life expectancy since the AIDS epidemic in the 1990s.

Nearly 450,000 people in the United States lost their lives to overdoses from both prescription and illegal opioids between 1999 and 2018, according to the Centers for Disease Control and Prevention.

In October, OxyContin-maker Purdue Pharma pleaded guilty to three criminal charges and agreed to pay $8.3 billion in fines to settle the case. Purdue’s role has also cast an uncomfortable spotlight on the company’s owners, the Sackler family.

Additional cases have taken on doctors and other parties in the pharmaceutical supply line, including pharmacy chains Walgreens and CVS Health.