Lyon gives his take on Kohli’s absence in Test series 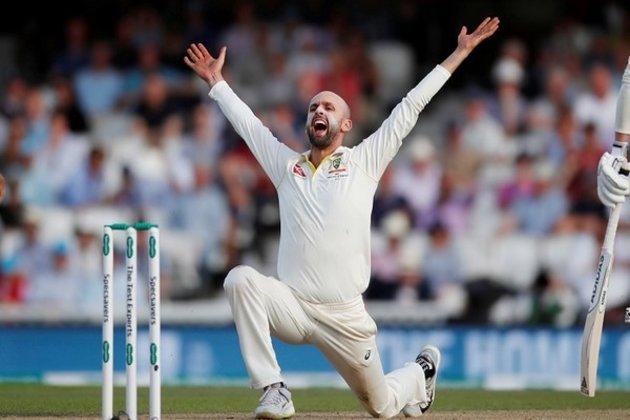 Melbourne [Australia], December 23 (ANI): Australia spinner Nathan Lyon on Wednesday said that there are enough guys in the Indian squad who can fill the shoes of skipper Virat Kohli in the ongoing four-match Test series.

India stumbled to an eight-wicket loss in the first Test of the series. On the third day of the first Test, India was bundled out for 36 in the second innings and Australia was given a mediocre target of 90 runs to go 1-0 ahead. Australia chased down the total comfortably inside 21 overs with eight wickets in hand.

Both sides will now take on each other in the Boxing Day Test, beginning December 26. Skipper Kohli would not be there for the visitors for the remaining three Tests as he heads back home after being granted paternity leave by the BCCI.

“You look at the Indian side, there are still some world-class players in their lineup, Pujara, and Rahane, just to name a couple. You still have the likes of Rahul and Agarwal as well who have been exceptional so I think there are enough guys in the Indian squad who can fill Virat’s shoes, obviously, Virat is a world-class player. We wish him all the best for the birth of his first child,” said Lyon while replying to an ANI query during a virtual press conference.

Cricket Australia on Sunday had confirmed that the Sydney Test match between India and Australia remains on track for now despite a fresh COVID-19 cluster in Sydney. The third Test between the two teams is slated to be played in Sydney from January 7 while the last Test will go ahead at Brisbane from January 15.

In the first innings of the first Test, Lyon had managed to bog down Cheteshwar Pujara and eventually, the off-spinner also managed to dismiss the batsman. Talking about Pujara, Lyon said: “I cannot reveal all my secrets, Pujara is a world-class batter, he will be a challenge for us in the rest of the series, we have a couple of things up our sleeve, if he does get in, hopefully, we can use them to the ploy, but Pujara is definitely a world-class batter.””I know the Indian batsman will look to come after me when you look at the quality we have in the pace department, I think it is one of their tactics to come after me which is totally fine. I am used to guys coming after me, it is just about me knowing when to attack and when to defend and realise who I am bowling with at the other end. It is all a great challenge, to behonest,” he added.

Lyon is on the cusp of 400 Tests as he currently has 391 Test wickets from 97 Test matches. In the ongoing series, the off-spinner will also play his 100th Test when he takes the field in the final Test of the series.

The Kohli-led side might have had a 62-run lead entering the third day of the first Test, but the side squandered the advantage as the batsmen failed to rise to the occasion and Australia made light work of the visitors. While Josh Hazelwood scalped five wickets, Pat Cummins took four.