‘US Lacks Understanding Of Our Defence Posture’: India On Obama’s Comments 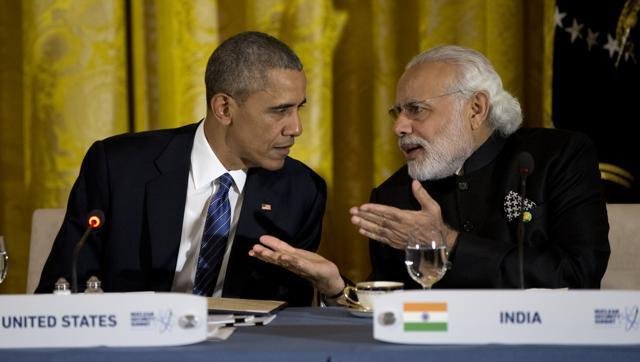 New Delhi:  Reacting critically to US President Barack Obama’s comments asking India to reduce its nuclear arsenal, the government today said there seems to be a “lack of understanding” of the country’s defence posture.

“Yes, we have seen those remarks. There seems to be a lack of understanding of India’s defence posture. Conventionally, India has never initiated military action against any neighbour. We also have a no-first use nuclear weapons policy,” Mr Swarup said.

“Since the context was the Nuclear Security Summit, the President’s own remark that ‘expanding nuclear arsenals in some countries, with more small tactical nuclear weapons which could be at greater risk of theft’ sums up the focus of global concern,” Mr Swarup added.

Mr Swarup was responding to a question on Mr Obama’s remarks last week at the Nuclear Security Summit Press Conference on India and Pakistan’s military doctrines. Prime Minister Narendra Modi had gone to attend the Summit, which was attended by over 50 world leaders.

At the end of the two-day meet in Washington, Mr Obama stressed on the need for India and Pakistan to make progress in reducing their nuclear arsenal and ensure they do not “continually move in the wrong direction” while developing military doctrines.

“One of the challenges that we’re going to have here is that it is very difficult to see huge reductions in our nuclear arsenal unless the United States and Russia, as the two largest possessors of nuclear weapons, are prepared to lead the way,” he had said.

“The other area where I think we need to see progress is Pakistan and India, that subcontinent, making sure that as they develop military doctrines, that they are not continually moving in the wrong direction,” the US President had added.