Uber to fight pollution in New Delhi with carpooling 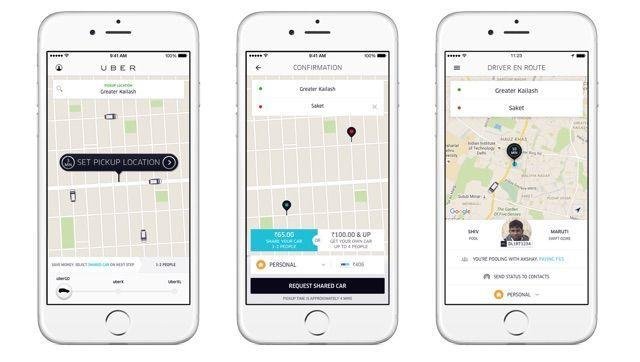 Stating that, “Getting more butts into fewer cars is an important step towards reducing congestion and pollution in the capital over time,” Uber announced that their carpooling service will start in New Delhi from December 16.

The carpooling service for Delhi will let riders share cabs and even their own vehicles between 7 AM and 9PM. This service focused to reduce the number of vehicles on the road, will target the office goers who can save up to 30% on fare by choosing to share their ride with other Uber customers. The UberGo mode will now prompt users to pick between “share your car” (1-2 riders per booking) or “get your own car” (4 riders per booking). Uber also assured that it will only add a few minutes in your commute when carpooling.

Alternatively, if you own a car and prefer to drive to work, registering with Uber on their #DelhiDrivesDelhi initiative to help decongest Delhi. Once your ID is created and screened, you will be paired up with a UberGo rider looking to carpool.

This model from Uber already amounts to 30% of their trips in the Los Angeles. The post from Uber states that, “In its first eight months in LA, passengers did over five million carpool trips–cutting the number of kilometers driven across town by 12.7 million and carbon dioxide pollution by 1,400 metric tons.” Considering that the population of LA is less than a sixth of Delhi NCR, the impact it will have in curbing pollution is unfathomable.

Uber is challenging the desire of owning a car by making affordable ride available is just taps away. This is Uber’s attempt to contribute to a future that doesn’t “ looks like a parking lot and moves like a traffic jam.”