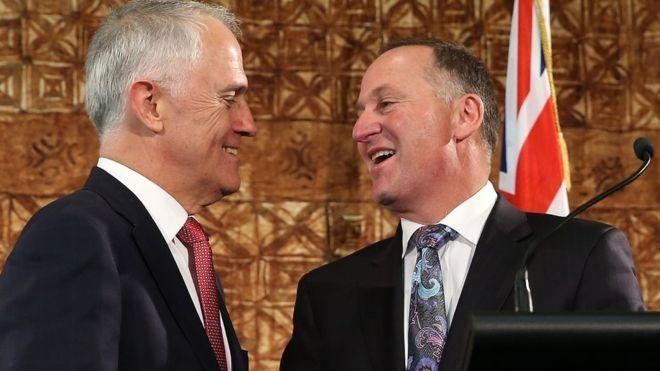 The Australian government says up to 70,000 New Zealanders will be eligible for citizenship under a new agreement.

New Zealanders living in Australia for at least five years can apply if they earn the median wage or more, and pass security, character and health checks.

The “new pathway” means easier access to citizenship, which allows access to a range of welfare services.

The deal follows tensions over the deportation of New Zealand criminals under laws introduced last year.

These laws allow Australia to deport any foreigners sentenced to more than 12 months in jail.

“We traversed some of the concerns that we continue to have,” he said in Sydney on Friday. “We appreciate the work that [Australia has] been doing around ensuring that people can appeal those decisions.”

Meanwhile, Mr Key formally extended the offer to take in some of the 267 asylum seekers awaiting deportation to Australia’s offshore detention centre in Nauru.

“All I can simply say is the offer remains on the table,” Mr Key said.

The Australian government is refusing to alter its border security policy, saying it is aimed at stopping the people smuggling trade.