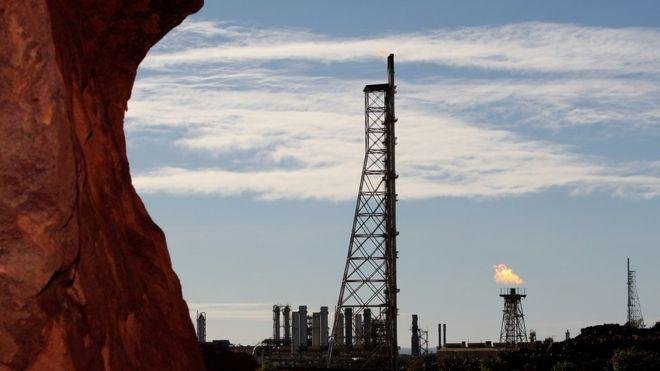 Woodside Petroleum – Australia’s largest independent oil and gas company – has posted a 99% fall in profits for the 12 months to December.

The Perth-based firm put the dramatic decline in profits down to the global fall in oil prices. In 2015, Brent crude prices fell more than 45%.

However, the firm’s chief executive said it would be able to withstand the current oil price landscape.

“Woodside, with its low cost of production, is well positioned to withstand this commodity cycle,” chief executive Peter Coleman said.

“A strong performance from our operating assets, disciplined financial management and productivity gains reflect our ongoing commitment to delivering value for our shareholders.”

He added that the company had maintained strong levels of liquidity and low levels of committed capital expenditure.

Woodside’s Sydney-listed shares finished the day down 7% on the profit report. Over the last 12 months, the firm’s shares have shed close to 22%.

Woodside has a long history of liquefied natural gas (LNG) operations and concentrates much of its domestic production in Western Australia.

The company has a Singapore office that supports its trade and shipping activities as well as interests in Canada and Timor-Leste.