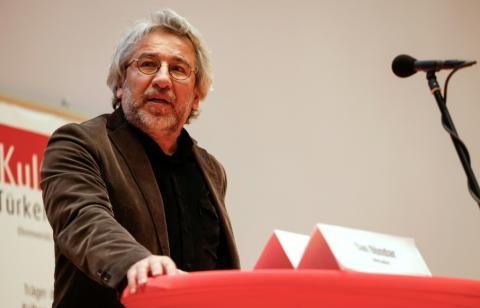 A Turkish court on Wednesday sentenced the exiled former editor-in-chief of the opposition Cumhuriyet daily to more than 27 years in jail on charges of aiding a terror group and espionage.

The court found Can Dundar — who fled to Germany in 2016 — guilty in connection with a story about an alleged Turkish arms shipment to Syrian rebels fighting President Bashar al-Assad.

The Turkish government blames the cleric for orchestrating a 2016 coup attempt against President Recep Tayyip Erdogan.

The US-based Committee to Protect Journalists listed Turkey as one of the top jailers after China in its annual global report last week.

It found 37 journalists imprisoned this year — less than half the number arrested in 2016 around the time of the coup attempt.

Dundar’s lawyers boycotted Wednesday’s hearing because they did not believe they would get a fair trial.

Dundar was jailed in 2015 along with Cumhuriyet’s then Ankara bureau chief Erdem Gul over the paper’s report on the alleged transfer of weapons to Syrian insurgents on trucks operated by Turkey’s MIT intelligence service.

The pair were released in February 2016 thanks to a Constitutional Court ruling which said their 92-day detention violated their rights to liberty and freedom of the press.

The report was accompanied by a video and deeply angered Erdogan. The Turkish leader warned Dundar that he would “pay a heavy price”.


The Cumhuriyet daily’s reports have often irritated Erdogan’s government and its staff have regularly ended up in court.

The country’s oldest daily — which means “Republic” in Turkish — was founded in 1924 and remains one of the few media outlets not controlled by government-allied tycoons.

Dundar was first sentenced to nearly six years in May 2016 for “obtaining and disclosing classified documents related to the security of the state”.

He was shot at by an assailant outside Istanbul’s main courthouse during that hearing but escaped unharmed after his wife Dilek grabbed the attacker and surrendered him to the police.

The gunman was later sentenced to 10 months in jail.

Dundar was able to flee to Germany after being released while awaiting an appeal hearing.

Dilek reunited with her husband in Berlin in 2019 after being denied a passport for three years.

The Supreme Court of Appeals reversed Dundar and Gul’s conviction in 2018. An Istanbul court then started the retrial of Dundar and Gul in May 2018.

Turkish authorities have already requested Dundar’s extradition from Germany. A court ordered the seizure of his property and froze his Turkish bank accounts in October.