Those Trying To Block Indo-Afghan Trade Will Be Blocked Themselves: Ashraf Ghani 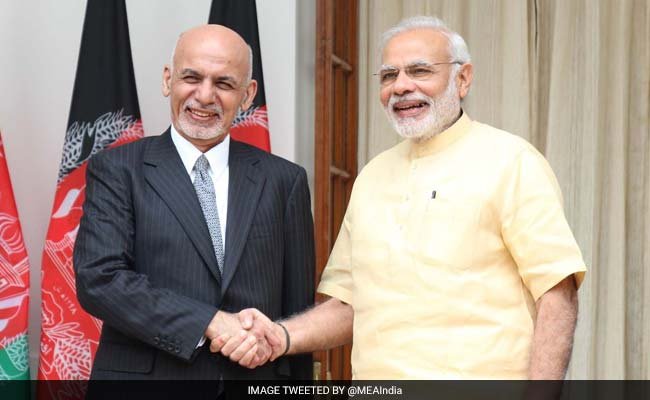 NEW DELHI:  Afghan President Ashraf Ghani on Wednesday tore into Pakistan’s stance of “good terrorists and bad terrorists” saying the approach is “extremely shortsighted” and warned that those who try to block increasing Indo-Afghan trade will be blocked themselves.

In his address at the IDSA here, the Afghan President also said countries that feel threatened by increasing Indo-Afghan cooperation, especially in the military side, “need to change their outlook and not blame others”.

He stressed on the need for regional cooperation to fight terrorists and said one country’s response is “totally insufficient”.

Asked about Pakistan blocking road route to Afghanistan via the Wagah border, Mr Ghani said both countries need to worry as there is air connectivity and efforts are on to increase that.

However, he said those who try to block two great nations, will be blocked themselves.

Told that they are reports that he had warned Pakistan that their export to central Asian countries through Afghanistan will be blocked, Mr Ghani said he speaks sternly.