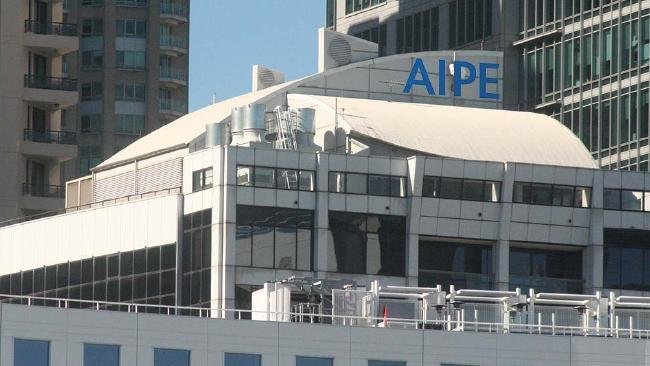 A TRAINING college that reportedly cost taxpayers $1 million per graduate has been deregistered after receiving government support since 2011.

On its website, the Australian Institute of Professional Education (AIPE) boasts of its reputation as a “professional education provider in the heart of the pulsating Sydney CBD” servicing “more than 1000 excited students” every year to begin or graduate from on-campus or online courses.

In November, it was listed as a finalist in the Government’s Australian Training Awards.

But the private college, one of Australia’s largest, has had its registration cancelled, leaving up to 8000 students in educational limbo.

The training college was granted a licence to operate and participate in the Commonwealth’s lucrative VET FEE-HELP scheme in 2011 after being established in 2008.

Fairfax Media reports the college had handed out 117 diplomas and received $110 million in Commonwealth funding.

Just a month after being named a finalist in the government’s training awards, the business has been deregistered.

The training company’s operations were called into question under a sweeping audit of 21 private training providers taking advantage of the lucrative scheme.

The industry regulator decided to cancel AIPE’s registration to provide vocational education and training, including to overseas students, “following comprehensive regulatory scrutiny of the training provider over a number of months”.

“ASQA contends that the provider has not operated consistently with the requirements of the VET Quality Framework, which all registered training organisations are required to satisfy as a condition of registration,” a statement from the authority said.

ASQA says it issued the training provider with a notice of intention to cancel its registration on November 4, and on December 17 cancelled the provider’s registration.

AIPE is the third registration cancellation decision taken by ASQA as a result of its strengthened focus on VET FEE-HELP approved providers.

It had its licence revoked by ASQA in October. Following the business being deregistered, Federal court action has been brought forward by the Australian Competition and Consumer Commission that could see the college forced to repay the funds.

Phoenix Institute of Australia became the second training organisation to be deregistered in October after pocketing $106 million in government fees by allegedly enrolling disadvantaged students into expensive online courses.

The cancellation of licences followed a Senate inquiry recommending a “blitz” on private colleges, citing “rampant abuse, accelerating costs and doubling of bad debt”, as it emerged that the value of the HECS-style loan scheme had blown out to $1.76 billion in 2014.

ASQA has also been working with the competition watchdog to investigate “serious breaches of Australian Consumer Law” by a range of providers and brokers.

In a statement supplied to news.com.au, a spokeswoman for AIPE said the college would dispute the decision and would seek a review of the decision in the Administrative Appeals Tribunal.

“AIPE disputes ASQA’s decision and will be seeking a review of the decision in the Administrative Appeals Tribunal (AAT). AIPE will also be seeking an order that ASQA’s decision be stayed so that AIPE may continue to provide its educational programs and support services until the AAT has made its decision, which is likely to be late next year,” the statement read.

The college has until February to appeal the decision.