Trained hard for that bikini shot in Shaandaar: Alia Bhatt 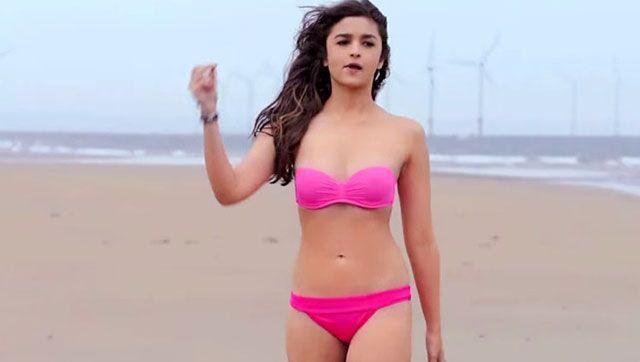 Bollywood actor Alia Bhatt, who launched the first trailer of Shaandaar on Tuesday, said that she worked very hard for her bikini scene in the movie that is directed by Vikas Bahl and stars Shahid Kapoor in the lead role.

Speaking at the trailer launch of Shaandaar, where she is paired with her childhood crush Shahid Kapoor, Alia said, “We (Shahid and I) both were training…he was training just for his usual self, as he likes to stay fit. I was training hard for that bikini shot. I was on diet…was focused about getting it right. It was not an elaborate shot, but I worked so hard.”

Directed by Vikas Bahl, Shaandaar is a romantic-comedy featuring Shahid Kapoor and Alia Bhatt in the lead roles and at the end of the film’s trailer, Alia is seen donning a pink bikini.

Director Vikas Bahl said the bikini scene was shot on the “coldest day” and Alia was ready with a pair of pants to slip into soon after the shot. Alia reveals it is because of Shahid that she got to do two of her upcoming films — Shaandaar and Udta Punjab with him. The Student of the Year actor was also thankful to her mentor Karan Johan, who launched her into filmdom and is also producing Shaandaar. “Karan started this journey…he has an important role in it. I chose to do different kind of roles. I believe variety is the spice of life. I am grateful to everyone for giving me an opportunity to choose and do different characters on screen. It is a conscious decision,” Alia said.

In Shaandaar, Alia plays a free spirited girl named after herself– Alia. “Alia and Alia both are mad. With this film I got to explore funny, quirky side of me. Alia in Shaandaar is intelligent,” she added.

Shaandaar that also stars Pankaj Kapur and Sushma Seth in pivotal roles, is set to release on October 22.