Aamir Khan’s Wife in Dangal Has Finally Been Cast. It’s Not Mallika Sherawat 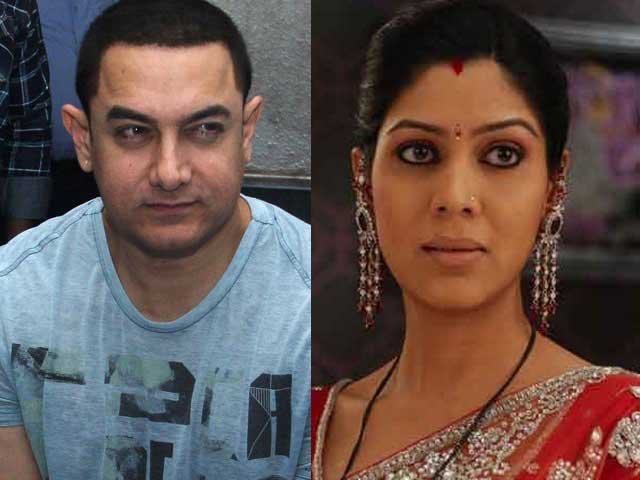 The hunt for Aamir Khan’s missus in his next film Dangal has finally ended and the actress cast as Mrs Mahavir Phogat is TV star Sakshi Tanwar, say sources.

At 42, Sakshi, is 50-year-old Aamir’s first age-appropriate heroine (he was last seen in PK with the twentysomething Anushka Sharma). Sakshi Tanwar is best-known as Parvati from Balaji soap Kahaani Ghar Ghar Kii and also appears opposite Sunny Deol in the long-delayed Mohalla Assi later this year.

Sakshi’s is practically the last character to have been cast, with several actresses including Mallika Sherawat being auditioned. The four actresses playing the younger and older versions of Mahavir’s daughters – Fatima Shaikh and Zaira Wasim as Geeta, Sanya Malhotra and Suhani Bhatnagar as Babita – are already training hard for their roles. They are reportedly living in Aamir’s former Bandra home and the actor is believed to join them in the training sessions as well as for meals.

Also in the cast are Heropanti actor Vikram Singh as the antagonist and Rajkummar Rao.

Meanwhile, Aamir Khan has majorly bulked up to play Mahavir Phogat and is tipping the scales at over 90 kilos. He’s also going to have to lose the extra poundage to shoot scenes of Mr Phogat as a young man.

The Nitesh Tiwari-directed Dangal is expected in screens next year, possibly in December which is the month generally reserved for an Aamir Khan release – usually an annual event with this year being the exception. In the absence of a 2015 film, Dangal will be Aamir’s first film after 2014’s record-shattering PK.