I thought my career was over: Steve O’Keefe 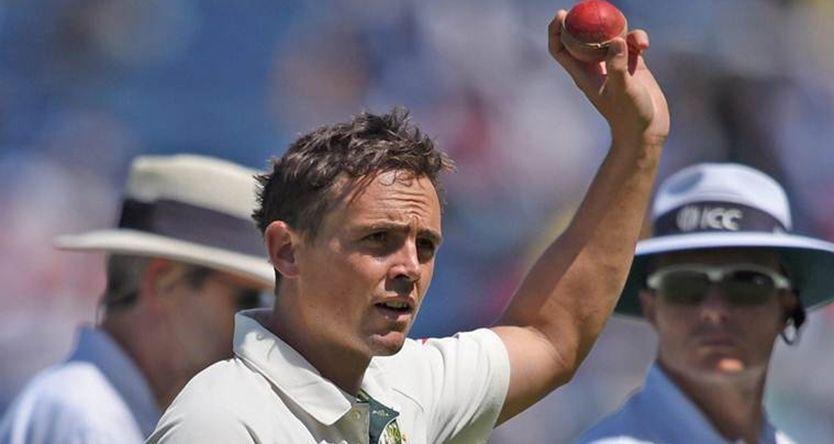 Steve O’Keefe was suspended for making inappropriate comments at an awards function. Thereafter he was also fined AUD 20,000. As a result, he remained out of contention for the tour to Bangladesh.

Australian left-arm spinner Steve O’Keefe has admitted that after being suspended by New South Wales he feared that his career might well be over.

It may be recalled here that O’Keefe was suspended for making inappropriate comments at an awards function. Thereafter he was also fined AUD 20,000. As a result, he remained out of contention for the tour to Bangladesh.

“Yeah I did think my career was over. Originally I felt that when I stuffed up the first time, you’re very lucky you get second chances and I got that, and I faltered again and made some mistakes, which I completely regret, I’m extremely sorry for. I’m just fortunate I’ve got supportive people around me who, as quick as they are to hand out punishment, will be the same people there to support so that as an individual I’m on the right track, not just as a cricketer,” O’Keefe said.

“I completely accept the punishment handed down from NSW to ban me from the [limited-overs] cup, it was Andrew Jones’s decision and he thought that was right and I respect his judgement call on it. What was communicated to me was that was where it was at, the one-day tournament and not anything else. I wasn’t in a position to even challenge it and I completely understand why I got it. But I’ve known from the outset that was the decision, and Cracker Australia’s chairman of selectors, Trevor Hohns also reiterated to me that the door is not shut on you playing for Australia.”, he concluded.