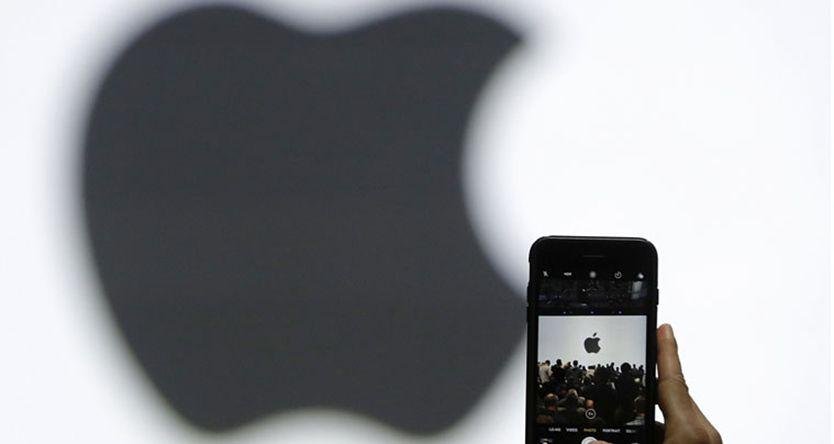 For Apple, iPhone 8 marks the tenth anniversary of their best-selling device. The device will mark some major changes and sport new features. Here’s a look at the top five features to expect in the iPhone 8.

The big change in the iPhone 8 will be the display. Apple will ditch the LCD display we have seen till now in favour of a bezel-less less OLED one. According to various leaked images, iPhone 8 will have a 5.8-inch display, but thanks to the lack of the bezels on side and reduced ones on top and bottom, it will sport a more compact form factor. This could be closer to how the Galaxy S8 is with its own 5.8-inch Infinity Display.

But as a more recent report from Bloomberg indicated, the iPhone 8’s display won’t have dual-curved edges and will be flat. The full frontal display will be taller with rounder corners, according to the report. The report, which is based on images of the devices that the publication has seen, adds that with the iPhone 8 “the earpiece, facial recognition sensor, and selfie camera” are placed at the top of the screen in a cutout.

With the full-frontal display, Apple will also get rid of the home button on the iPhone 8. The Bloomberg report has listed out how Apple has been testing a digital one, which will allow gestures like going to the multi-tasking screen, going to home screen etc.

According to the report, this software bar can be dragged “up to the middle of the screen to open the phone.” So how will users manage multi-tasking on the iPhone 8 given there is no home button? The report says it will be redesigned like a set of cards and the digital button can be used to switch to this mode.

Will they or won’t they? That’s the question around the future of the Touch ID scanner. Well-known Apple analyst Ming Chi-Kuo had earlier written in a note that Apple iPhone 8 won’t have a fingerprint scanner under the display. He said the technology has not yet improved to the point where it can be successfully implemented and added the Touch ID will be replaced by the 3D Face Recognition scanner on the front of the device.

Apple is instead opting for a facial recognition scanner, according to Kuo’s report. Later Bloomberg’s Mark Gurman also put out a detailed report saying Apple will adopt this solution to unlock iPhones.

Apple iPhone 8 will see the company finally adopt wireless charging for its devices. While some reports claimed Apple will get rid of the Lightning cable for Type-C USB, it doesn’t look like this will end up happening.

Recently a report on Japanese blog Macotakara claimed the iPhone 8’s wireless charging speeds will be slower than the current standard. It added the iPhone will use inductive charging at 7.5W, which is half the speed of the latest Qi 1.2 standards. The company will have a special iPhone 8 wireless charger. Apple is also expected to introduce fast charging to the iPhone 8. According to reports, even the iPhone 7s ,7s Plus will get fast charging capabilities.

We’ve seen several leaked images, reports indicate the iPhone 8 design will see a big change from the earlier iPhone 7, iPhone 6s series. The aluminium chassis we saw on the earlier phone is gone, and instead Apple is opting for a metal glass design. The front of the device is all glass, there’s a steel frame on the side and glass on the back. Apple will adopt the glass and steel design previously seen on iPhone 4s, iPhone 4 for the iPhone 8. We’ll have to wait and see if iPhone 7s and iPhone 7s Plus also end up with something similar.