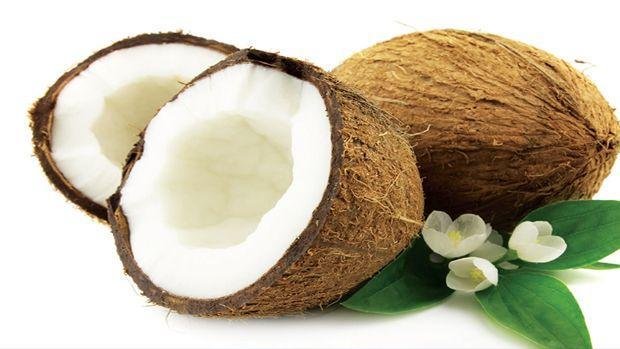 The coconut is extremely nutritious and on somec of the South pacific island cultures it plays a big part in people’s diet. Its content is quite rich in fiber and it represents an excellent source of vitamins and minerals to the point that the coconut palm is actually viewed as the tree of life. But few foods with the possible exception of eggs have had their reputations so completely demolished. Many years back the media had demonized the coconut as they claimed the fat from it is a contributor to heart disease. But there is a growing body of evidence that coconut fat is extremely beneficial to health.

The coconut contains nearly all of the essential nutrients your body needs for optimal health. Populations who consumed large quantities of coconut oil such as in the south pacific island were among the healthiest people on earth. Most of the “science” against coconut oil or fat was based on heat processed hydrogenated coconut oil. This is similar to saying fish is unhealthy after contaminating the waters with mercury and other pollutants.

What makes coconut impart such extraordinary health benefits? It is due to the content of saturated fat. Sure, one tablespoon of coconut oil contains 14 grams of total fat of which 12 gm are saturated fats, but it is one of the healthiest kinds of fat. This fat contains something called as the medium chain triglycerides (MCTs). MCTs are directly converted into energy, not fat, by the liver. This process creates ketones that the brain can use for energy immediately despite metabolic obstructions.

These MCTs are the source of all the health benefits listed here that is now for most part been validated by modern science. Further, just one cup of coconut meat has been shown to contain seven gram of fiber, Most people already know that fiber helps keep the intestinal tract healthy, guards against constipation and lowers bad cholesterol.

Give coconut oil a try, but just be sure to choose organic, virgin coconut oil that is unrefined unbleached made without heat processing or chemical and is non-GMO. Organic, cold-pressed virgin coconut oil is also a great option for cooking. Coconut oil is very stable; it has a two-year shelf life and wont turn rancid even in warm temperatures. One can sauté and bake with coconut oil and not worry about it turning into trans-fat before your eyes.

Here are various ways one can use coconut
• Coconut water can be used as a sports drink of choice.
• Add a spoon full of coconut oil or shredded coconut to your cereal or smoothie
• Coconut oil is excellent for sautéing vegetables
• Coconut flour can be used for making
low carb rotis/paratha or for baking treats such as biscuits, cakes, muffins. Make sure you follow a specific recipe while using coconut
flour as measurements of flour to water is
important.
• Coconut oil is an excellent skin moisturizer or a hair conditioner. Coconut oil is loaded with antioxidant to help keep your skin from
aging too rapidly.
• Avoid the cancer causing aluminum based under arm deodorants by making your own with coconut oil. Take a quarter cup of coconut oil, slowly melt it and add two tablespoons
each of baking soda and arrowroot powder with two dozen drops of your favorite essential oil for scent
• Coconut oil is an excellent sunscreen with an SPF of 10, meaning it blocks 90% of the sun’s UB-V rays.
Visit http://artofhealingthyself.blogspot.com.au for more information.

Women often take their own health for granted, because they are busy taking care of everyone else. But in 2021, it is imperative that...
Read more
Health & Wellness

Dealing with cranky parents? Help them relax with these 5 yoga poses

If you think that your cranky parents are making you go crazy, then it’s time for you to help them out. With age, there...
Read more
Health & Wellness

Elon Musk says he will not get COVID vax when accessible

Even because the world eagerly waits for a Covid-19 vaccine, tech billionaire Elon Musk has stated that he wouldn't take one when it turns...
Read more