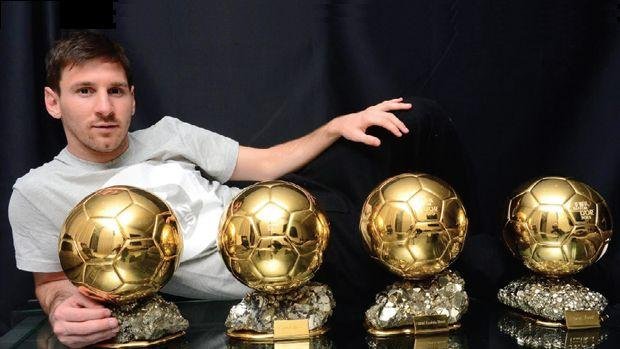 Losing the FIFA World Cup but bagging the Golden Ball

He has won the golden ball. He has won four man of the match awards in the seven matches he played. He has won many a league title for Barcelona besides also winning a Champions League crown. Not to mention the many Ballon d’Or awards he has in his cabinet in his already glittering career. Yet people say he isn’t a legend. He isn’t as good, some say, as Maradona because he hasn’t won Argentina the world cup. Finally, he isn’t as much an Argentine because he was brought up in Spain.

If anyone who has seen his expression at the end of the game has doubts about his identity, that person is seriously out of his mind. The greatest player of the world looked a broken man. A wry smile having missed the freekick at the last minute followed by some aimless strides while wiping the sweat of his brow, Lionel Messi was mourning the fact that he wasn’t able to win the world cup for Argentina. His expression was solemn and his movement somewhat jaded, a gladiator who had given it his all in the coliseum but ended up on the losing side. Sport, it was evident, was cruel. Messi, if not anyone else, deserved the cup. He did all he could in the final. In fact, the shot that had beaten Manuel Nauer and went past the post by a few inches could have easily gone into the German goal. Had it been some other day perhaps it would have. The many times he managed to elude Bastian Schweinsteiger was simply breathtaking. The speed and ball control was sublime while the effort was more than apparent. It was all a sportsman could do for his country. Argentinian or not.

HAVING ANOTHER CRACK AT IT

Messi is 27 and will surely have another crack at the world cup in Russia four years from now. Maradona failed in 1982 and went out crying with a red card. He came back four years later to crown himself king and Argentina world champions. Still four years later he was yet again the fallen hero. Messi’s script is yet to be fully written. He failed in South Africa but came close in Brazil. As close as one could possibly get. Yes he did not get his hand on the coveted trophy but many would agree he has put all debate on who is the best player in the world at the moment to rest. He will surelywant to go one final step when he is 31 and fulfil his ultimate dream- win the cup for Argentina.

The point is simple. Messi is more Argentinian than most. He has done all he could have for his team and his country and deserves far greater respect than he is sometimes accorded. The kind of pressure he has to endure every passing day is simply unreal. Imagine having to deal with headlines like Messi versus Germany! Yet the man did not lose it. Rather, he came close on more than one occasion and almost, yes almost, made it for Argentina. Lionel Messi should be proud of what he has done. More importantly every Argentinian should be proud of the fact that they have Messi.

Finally, can he ever match Maradona? Perhaps he can, perhaps he can’t. Frankly, it doesn’t matter. The fact that he is undoubtedly the best player of the current generation is proven beyond doubt and nothing more should matter to an entertainer. In an age of 24/7 scrutiny, which is far more than Maradona ever had to deal with, that’s all Messi should be bothered with. Each time he steps out to the park all he is concerned with is the ball, which, when it lands on his feet finds an identity of its own. He does strange things with it as was evident in the final. And in doing so gives us all incredible joy. That’s what matters far more than the comparison with Maradona.

Sports fans love comparisons and the Messi-Maradona one is a newsmaker’s delight. It is the quintessential debate that will never end and will always provide for superb television talk. Fact is we will never consider what it will do to Messi, what impact it might have on him to be repeatedly told that he is yet to be a Maradona, that he is the best but not yet the greatest.

As mere mortals we can’t even imagine what it entails to be a Messi. To be told day in and day out Argentina will win if Messi magic is on display. That he has not yet had a nervous breakdown speaks volumes of his mental make up. While this debate will never end and his critics will continue to slam him, suffice to say that we won’t see another Lionel Messi in a long time. Perhaps it is time to enjoy seeing him in action as long as he is there. In cricketing terms if Maradona is Sir Donald, Messi is definitely Sachin Tendulkar. Did we not love watching Sachin play?