The new laws that come into effect in 2016 around Australia 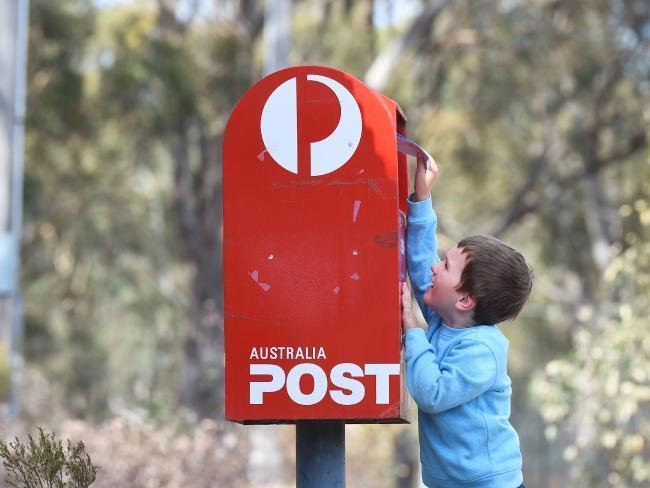 THE new year brings new laws from today, which will affect Australians every day. From passports to medicine, here are some of the changes ahead in 2016.

Immunisation requirements for childcare payments and Family Tax Benefit Part A supplement changed today. The No Jab, No Play rules were supported by both sides of the federal Parliament. To meet the immunisation requirements for Family Tax Benefit Part A supplement and Child Care Benefit, your child needs to be up to date with their immunisations according to the early childhood vaccination schedule appropriate for your child’s age, or have a medical exemption.

The two-year Nanny Pilot Programme, which starts from January 2016, will provide an hourly subsidy for about 10,000 children to help families meet the cost of using a nanny. It will support families who find it difficult to access child care services because they work non-standard hours, or live in remote areas or away from existing child care. For each child, successful families will receive a percentage of the $7 hourly subsidy. Families earning up to $60,000 are eligible for $5.95 per hour per child, and families earning between $165,000 and $250,000 are eligible for $3.50 per hour per child. The program is not intended to fully subsidise the cost of a nanny.

Cost of Panadol Osteo to rise

The makers of the popular painkiller Panadol Osteo are lifting its price 50 per cent today.

GlaxoSmithKline said the price hike was due to changes to the Pharmaceutical Benefits Scheme under which the government is stopping subsidising medications that can be bought cheaply over the counter.

Pensioners with arthritis, who use the slow release pain reliever, currently pay just $6.10 for 192 tablets each month. This will rise to $12 from January 1 when the pills are no longer subsidised.

17 medications to come off the PBS

Panadol Osteo is one of 17 types of medication that will be removed from the subsidy scheme in 2016 to save taxpayers $87 million a year. Other medications include aspirin, medication for reflux, skin allergies, antacids, chloramphenicol eye products, iron/folic acid supplements, electrolytes, urine test strips, laxatives and Vitamin B12 injections. Unlike slow release paracetamol most of these other medications will be cheaper to buy off the PBS.

In the past government rules have prevented pharmacists discounting the patient copayment that applied to subsidised prescription medicine. But that changed under a new five year pharmacy agreement signed earlier this year, aimed at increasing competition in the industry.

Mega discount chain Chemist Warehouse has already pledged to pass on the discount to all its customers from January 1.

Stamps will rise from 70 cents to $1 on January 4 after Australia Post got approval to increase the price of regular postage stampsfrom the Australian Competition and Consumer Commission.

From today, people who have benefited from Australian student loans and now live overseas will pay for them the same way as they would if they lived in Australia.

From January 2016, child applicants aged 16 or 17 will be issued with 10-year passports instead of five-year passports, which will cost $254, the same cost as an adult passport.

*Households can earn spare cash by selling solar power back to the network, by getting 6.8 cents per kilowatt hour, up from 5.3 cents per kW/h.

*Gamblers will be able to able to access EFTPOS facilities inside hotel and club pokie lounges.

*It will be cheaper to enact a will. The tiered probate fee structure means fees will range from $750 to $3000 based on estate value against previous $1088 flat fee.

*New courses will be added to a subsidised training list for TAFE students and trainees. Courses include building design drafting, sustainable operations and electrical machine repair.

*Property buyers in New South Wales face less frustration with new underquoting laws coming into effect from today. New law reforms mean real estate agents who underquote face losing their commissions and fines of up to $22,000. Under the changes to the legislation, agents must quote price ranges within 10% of the lowest figure (i.e. $500,000 — $550,000).

*From March 1 2016, cyclists over 18 must carry photo ID and if they don’t have a driver’s licence, or they can get a $51 NSW photo card. The changes are part of the government’s “Go Together” safety program, which will expect motorists to maintain a one metre distance from a cyclist when passing at speeds of 60km/h or less, and 1.5 metres at speeds over 60km/h.

Failure to keep the minimum distance when passing a bicycle rider is a $319 fine and a two demerit points penalty. Under the new rules, bicycle riders should also keep a metre’s distance from pedestrians on shared paths, where possible.

*Opal Card ticket changes come into force. Paper tickets purchased before January 1, 2016 can still be used for travel but for a limited time. The only paper tickets available will be single Adult and Concession tickets (trains, buses, ferries and light rail) and return Adult and Concession tickets (trains, ferries and light rail).

The No Jab, No Play policies will be introduced in Victoria and Queensland.

In Victoria, children must be up-to-date with immunisations before being enrolled, while Queensland centres will have the power to legally exclude unvaccinated children.

Solarium ban on its way

A ban on commercial solariums will be introduced. The WA ban will not require new legislation. It can be implemented through a change to existing regulations. All other Australian states have banned commercial tanning beds.

Uber to be made legal

Uber will be legalised in WA in sweeping reforms of the taxi industry.

The new year will bring savings for Northern Territory residents with a five per cent reduction in power bills.