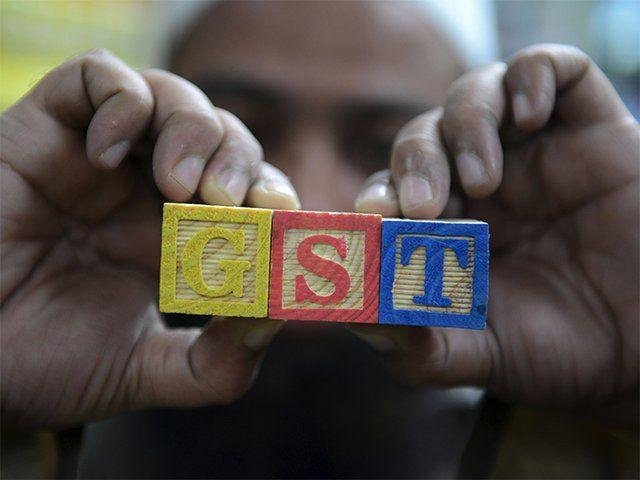 India moved one giant step forward by passing the landmark GST (Goods and Services Tax) Bill passed by the Indian Parliament on 3 August 2016. GST is the most significant tax reform since independence for India 70 years ago. The GST Bill, officially known as “The Constitution (122nd Amendment) Bill, 2014,” would be a Value-added Tax (VAT) to be implemented in India, from April 2017.

It aims to create a single tax thereby replacing 17 Central and State levies including indirect taxes, duties, surcharges and cesses. The National Council of Applied Economic Research in India estimates that a full implementation of the GST could raise India’s GDP up to 1.7%. It is expected to attract more investment (domestic and foreign) and create more jobs. Indian economy, with 1.3 billion consumers is poised to become a genuinely single market.

“GST will strengthen growth and make the economy more predictable, “said Prime Minister Modi. He thanked all political parties for the support rendered for the greatest tax reform.

The GST reform has started getting support from a number of State Governments irrespective of the political alignments. While BJP led Assam was the first to ratify the GST Bill, Bihar became the second state in India and the first Opposition-ruled state to ratify the GST Bill.  Top business leaders, key players in the Industry and institutions have welcomed the GST reform Bill.

Chanda Kochhar, MD & CEO, ICICI Bank said “The Goods and Services Tax (GST) Bill is the most important reform in indirect taxation in India ever. It signals the Government’s resolve to put in place a significant structural change which will benefit all segments of the economy.

Rana Kapoor, MD & CEO, YES BANK and Chairman, YES Institute said “The Government has taken a giant economic leap by passing the GST Bill. In one bold move, this will unify India’s tax architecture, make manufacturing efficient, and boost Ease of Doing Business, thus ushering a virtuous growth cycle in India for several decades up to 2050.”

The GST could potentially make sourcing, distribution, and warehousing of goods easier between the Indian states, like in the European Union. Sachin Bansal, co-founder and executive chairman of Flipkart, had said that the passing of the GST bill would be “India’s reverse Brexit moment.”

Importance of GST in India

GST is one indirect tax for the whole nation, which will make India one unified common market. A single tax on the supply of goods and services, right from the manufacturer to the consumer. Credits of input taxes paid at each stage will be available in the subsequent stage of value addition, which makes GST essentially a tax only on value addition at each stage. The final consumer will thus bear only the GST charged by the last dealer in the supply chain, with set-off benefits at all the previous stages.

GST opens up many opportunities for Australian businesses wanting to expand in India and tap into the business opportunities. As GST was implemented more than 15 years ago and already a success story in Australia, the Australian experience on GST will be useful to share between the various stakeholders.

Last September, a delegation of 13 State Finance Ministers and their representatives including from Maharashtra, Tamil Nadu, Kerala, West Bengal, UP, Andhra Pradesh visited Australia to learn about the GST system.

The Indian Telegraph contacted key players in the Australia for their thoughts on GST in India.

GST is extremely important in a country with so many states each with its different tax structures and complicated range of taxes. It will create a single more unifying tax for businesses and therefore more appealing to all who want to do business with India. It is estimated that GDP gains could go up by 2%.

This will be singularly a very strong turning point in our trade relationship. India is often viewed as a complicated place to do business. The simplicity of the GST story is indeed understood today by Australian businesses very well and how the benefits of GST have folded out in Australia. More importantly, it will make it more appealing to do business with India as it will be perceived as demystifying complexities.

Coincidentally in my professional life, I was the Project Director leading the GST campaign when it was first launched in Australia in 2000. Despite rumblings it turned out to be a great decision taken by the then Howard Govt. I had the fortune of working closely with 30% of Australian businesses who had ethnic ownership, if we included the second generation in business in 2000, we were working with over 50% of Australian businesses across Australia to educate them and make them compliant ready. By Govt standards and research shared by Govt, I am pleased to share that it was a very successful campaign with a very high compliance rate and was well over the target set for all ethnic businesses.

How GST reform is important for India?

What are the major impediments to be overcome in the successful implementation of GST?

How do you see this GST reform will benefit Australia India Trade/ business point of view?

“We are complying with global economic practices. The implementation of GST in India will eradicate all loopholes in the Tax system. The Government revenues will be increasing tremendously. India will become a uniform market. Australian exporters will be finding it easier to market in India. The mutual business will be speedier and smoother, especially for goods. We will do much better in the years.”.

Certainly, the successful implementation of GST will take India closer to the 21st Century.