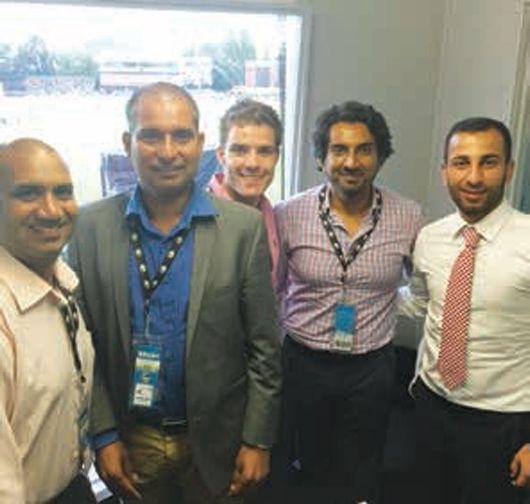 The Big Bash League Finals took place at Canberra’s Manuka Oval on 28th Jan 2015. The Perth Scorchers, who played the Sydney Sixers, retained the cup and their title in a match that had all the drama and makings of a Bollywood movie. The match was special because of a number of reasons. The BBL Final was held on neutral ground as opposed to the WACA where the Scorchers had hosted the final three times before. This was the last match of Brett Lee’s career. And it was the first time that Cricket Australia commissioned an all Hindi commentary team for the entire match. While most cricket lover’s would have enjoyed the match on their TV very few knew about Cricket Australia’s new initiative to bring the match closer to an audience that is now fundamentally important to their bottom line; The Sub-Continental Audience.

The feedback to this initiative has been tremendous. The people who heard it enjoyed and loved the commentary. The promotional clip uploaded by Cricket Australia got more than 48,000 clicks within 8 days.

This only reiterates the point that when language that is close to the heart, language that is primary to the listener is used to communicate, the connection between speaker and listener is magical. We hope Cricket Australia makes this a regular feature of their activities related to match broadcasts thereby bringing the game closer and building a deeper connect with the community at large.

To check out the commentary clip please go to or click on the link below. http://www.cricket.com.au/video/hindi-coveragesbs-hindi-and-radio-commentary-big-bash-leaguefinal/ 2015-02-05

To access such special features and all other behind the scene activities please go to http://www.cricket.com.au and check out all the special things happening at Cricket Australia. You can also download the CA app from iTunes or Google Play Store.