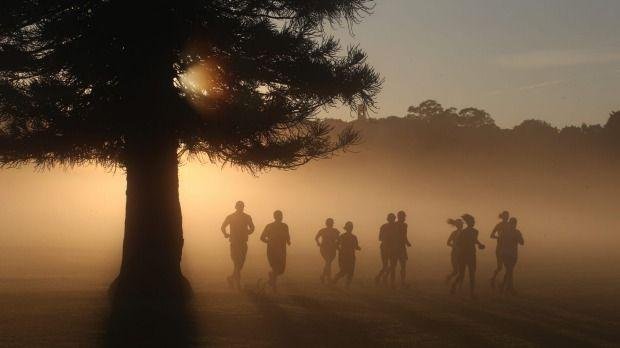 Sydney is in for a relatively damp and dull weekend, briefly snapping the city’s spell of sunny and dry mid-autumn days.

A band of rain sweeping across south-eastern Australia is expected to bring light drizzle overnight and some rain on Saturday. Sunday may see showers for the city as a second cold front moves through eastern NSW before clearing by the evening.

Maximum temperatures are likely to reach 25 degrees on Saturday and 27 degrees on Sunday before dipping to 22 degrees for Monday.

“What we’re having is a fair number of cold fronts moving across southern Australia, tempering conditions for NSW,” Tristan Meyers, a meteorologist with Weatherzone, said.

Temperatures will warm again by Tuesday, although slightly less than previously expected. A cooler air mass arriving after the front will knock temperatures down a couple of degrees.

Still, Sydney and the rest of the state will experience yet another month of abnormally warm temperatures, according to Agata Imielska, senior climatologist at the Bureau of Meteorology.

“Statewide average maximum temperatures for April 2016 in NSW are shaping up to be in the top three warmest on record,” Ms Imielska said.

For Sydney, both day and night temperatures are running about 2 degrees warmer than autumn, with minimum temperatures likely to be among the city’s five warmest Aprils, she said.

One benefit of the rain will be to clear the city of smoke from hazard reduction burns in the state.

The recent dry, mild days with light winds have allowed the Rural Fire Service to make “reasonable” progress through their autumn burning program, a spokesman said.

The service has carried out some large fires inland from the central coast, with some blazes lasting as long as six days.

The RFS typically holds more of its burns on weekends, when there are more volunteers available and less traffic on the local roads.