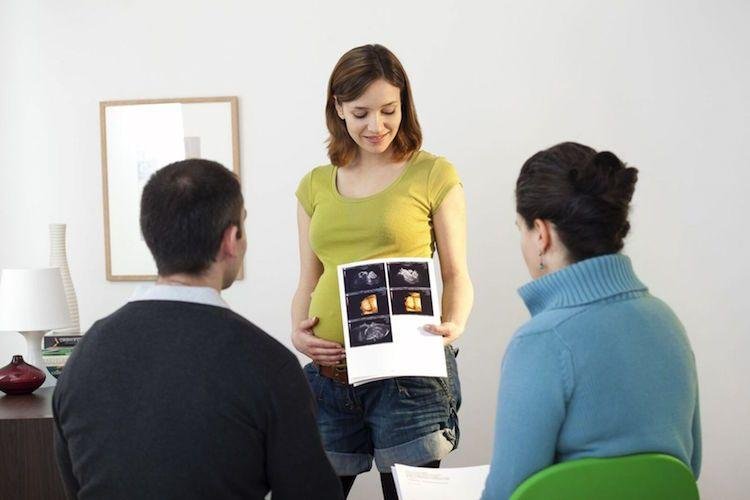 DISCLAIMER: This article is intended to contain matters of interest only. The Material is not, and is not intended to be, legal advice.

Surrogacy happens when a woman (the “surrogate” or “birth mother”) agrees to bear a baby for another person or a couple (the “intended parent(s)”). If a baby is born, the surrogate gives custody and guardianship of the baby to the intended parents, through a court order.

Considering the inability of the childless couple, many agents in developing and under developed countries made surrogacy a lucrative business in the past decades. However, commercial surrogacy is illegal in Australia. Despite of strict laws, there is a steep increase in Australians flooding overseas to engage mothers for their children rather than attempting to avail domestic surrogacy arrangements.

In the recent past  the 2014 case of baby Gammy has, attracted both in Australia and internationally,   significant media and political attention, due to the issues  legal and ethical issues raised in this case. Gammy was born to a Thai surrogate on a paid arrangement by Australian intended parents. Knowing that Gammy was born with down syndrome and a hole in his heart which demanded extensive medical treatment, the intended parents chose to leave Gammy and chose to bring the healthy twin sister The neglected child created international concern, raising awareness of the lack of regulation in the international surrogacy market and highlighted the ethical, legal considerations needed to be addressed.

How do Australia’s laws deal with the issues?

Surrogacy is an intricate and sensitive subject, which raises a number of ethical and legal concerns.

In Australia, despite different states having different laws about surrogacy, all states except Northern Territory, there are strict regulations on eligibility requirements that must be met before a surrogacy agreement can be entered into. In addition, there are some aspects of international law are also applicable.

Australia is bound by the obligations under international treaties, like the Convention on the Rights of the Child (the Convention) and the International Covenant on Civil and Political Rights (ICCPR), in relation to surrogacy.

Australia permits surrogacy in situations under unselfish arrangements, where a surrogate does not have any monetary befit, other than for “reasonable” medical expenses. Whereas, commercial surrogacy, are generally prohibited in Australia where monetary benefits are involved.

In New South Wales, Tasmania, Queensland and Victoria any person, regardless of sex, relationship status or sexual orientation can be an intended parent. In contrast, in the other States and the ACT only heterosexual married or de facto couples, or single women, are eligible. Tasmania, Victoria and Western Australia only allow surrogacy if the surrogate has given birth to a child before, and in all States except the ACT the surrogate must be at least 25.

In New South Wales, the ACT and Queensland it is an offence for people from those jurisdictions to enter into commercial surrogacy arrangements overseas.

How does international law treat surrogacy?

Australia has its obligations under international law to ensure that all Australian children enjoy the rights set out in the treaties like the Convention on the Rights of the Child (the Convention) and the International Covenant on Civil and Political Rights (ICCPR).However these provisions are not directly enforceable under Australia’s domestic law. One of the main obligations under the Convention is that the best interests of the child shall be a primary consideration in all actions concerning them (Article 3). Other rights which may be relevant to surrogacy include the rights of the child (under Articles 7, 8 and 9):

State parties which have ratified the Convention are in an obligation to ensure that the best interests of the child are the overriding consideration in relation to the country’s adoption system (which can be closely related to surrogacy) (Article 21).

The ICCPR contains civil and political rights which are relevant to surrogacy. These include the protection of the family as the natural and fundamental group unit of society (Article 23) and, consistent with the Convention, the right of every child to be registered immediately after birth, to have a name and to acquire a nationality (Article 24).

Surrogacy questions the status of the parents for the child by who the child should be cared and from whom the child should not be separated. In addition, there exists uncertainty about the identity of the mothers involved affecting the child’s right to preserve its own identity.

There are also complex issues concerning a child’s right to acquire a nationality, in particular where that child would otherwise be stateless (Article 7, Convention), when they are born overseas in an international.

However, there have been changes since January 2016 amending The Family Law Rules 2004 and the Family Law Amendment (Arbitration and Other Measures) Rules 2015.

Accordingly, the parties involved in surrogacy are now required to provide the following evidence by way of Affidavit:

India has been identified as  a popular destination for surrogate mothers, due to relatively lower  cost  In India, a surrogate mother earns about $5,000; in the U.S. a surrogate receives around $25,000, that comparable to  $200,000 in the U.S., suggested by ‘The Lancet, a medical journal.

Health industry estimates put the size of India’s surrogacy business at 9bn rupees ($138m) and growing at 20% a year. However, Indian Council of Medical Research (ICMR) data says that approximately 2,000 babies are born every year through commercial surrogacy. Confederation of Indian Industry (CII) figures claim that surrogacy is a $2.3 billion industry in India, because it is largely unregulated and cheap. Clinics function in tight cliques; unrelated centres like dental clinics sometimes assist fertility clinics, say experts.

The Supreme Court in the 2008 Manji case held that commercial surrogacy was permissible in India. Baby Manji was commissioned by Japanese parents and born to a surrogate mother in Gujarat. The parents divorced before the baby was born. The genetic father wanted the child’s custody, but Indian law barred single men from it, and Japanese law didn’t recognise surrogacy. The baby was ultimately granted a visa, but the case underscored the need for a regulatory framework for surrogacy in India. This was the genesis of the Assisted Reproductive Techniques (Regulation) Bill, 2014.

The Supreme Court imposed a ban on the customer in question — foreign nationals. Through the introduction of the proposed Assisted Reproductive Technology (ART) Bill, the Central Government now seeks to narrow surrogacy services to Indian couples or foreigners married to Indian citizens. Following ART bill last year the government of India said  “No foreigners can avail surrogacy services in India,” it told the court, which is hearing a petition regarding the industry, adding that surrogacy would be available “only for Indian couples” and also told that “The government will prohibit and penalise commercial surrogacy services,”