Step out into your world, catch your favourite Pokémon! 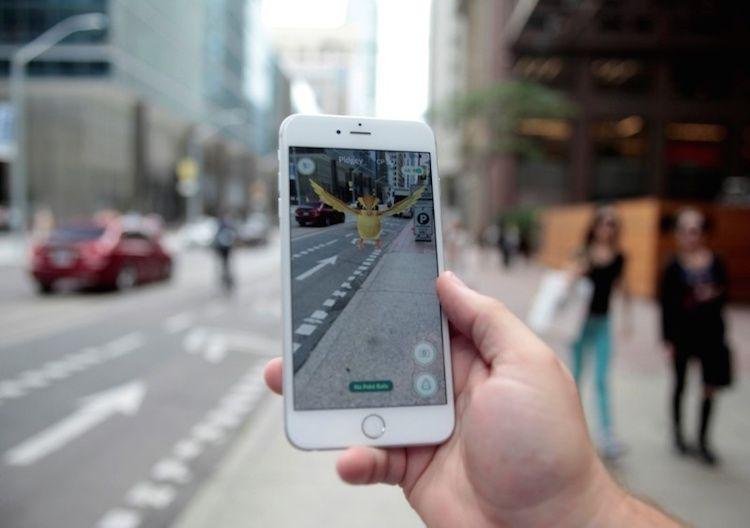 Step out into your world,  catch your favourite  Pokémon! And take it home with Pokémon Go

“What CP is your Vaporeon?”

Have you been hearing this alien language lately? Have you gone on a walk with your dog, and wondered why the young boy was peering into the rock through his smartphone? Or why the balding man in his cargos had let go of his shopping cart and was diving into the hair products aisle, peering hard into his phone? Or children demanding to visit temples and landing up, yes, with the smartphone! You have just encountered a Pokémon Go player!

If you have not heard of Pokémon Go, then you are living in an alternative universe or under a rock! Walking around the Pokémon Go players, you periodically hear strange utterances, spoken to an area just on the perimeter of the phone. Such as “Where are the Eevees?” Or “Poke stop is far away? I am right here next to it”. Or “What! Are they dodging my Poke balls?”

Whether you’re 8 years old, kicked about capturing new monsters, or a 65-year-old, excited about a creative way to exercise, the Pokémon GO app has caught on like wildfire, with the converts who have embraced and incorporated it into their daily lives. Players are roaming their neighbourhoods in search of the elusive “Snorlax”, going on walks to “crack open their eggs” and jogging down to the local park because “someone’s turned on a lure module”.

The other day, someone asked me “why is Pokémon Go so popular?” How in the god’s name has an app, based on an Anime, been able to change the behaviour of people across different age groups? As a mere fan and ardent player, I will leave that question to the experts. I just wanted to write why Pokémon Go clicked with me, and other Gen Yers.

I am a Gen Y baby brought up on routine morning breakfast viewing of Cheez TV. With Pokémon Go, I am transported back to my childhood obsession and relive my nostalgia.

Pokémon originally erupted back in the mid-late 1990’s. The Anime show was incredibly popular, especially with the younger audiences. The story of a young boy leaving home on an adventure to become a Pokémon Master quickly became the passion of an entire generation of kids. As the craze grew, so did the different gimmicks. Kids spent their recesses and lunches collecting, battling and trading with Pokémon trading cards to be a “Pokémon Master”.

As we grew older, we moved from cards to the Game Boy. With Nintendo Game Boy, Pokémon took a bow on an interactive digital platform that set its roots deep into the hearts and minds of a generation. I lived these fads for a number of years. I unashamedly admit to having played Pokémon on the Game Boy during High School.

We grew up to become university students studying medicine, becoming successful lawyers and Olympic athletes. Our tastes matured by travelling the world, talking politics and religion, hanging out in bars, and competing in sports with old school friends on weekends. Pokémon was a huge part of our childhood and past. Something referenced as a “back when I was at school” story. We had all moved on.

This year, Pokémon re-emerged as Pokémon Go. The adventure and excitement that Ash Ketchum and the Pokémon Anime provided, was back but in an exciting new form. An augmented reality version, in which players roam around the real-life world to collect virtual monsters and medals. A game simple to play. Interactive, social and most importantly, lots of fun.

For 2-3 weeks, I spent evenings exploring. Rhodes, Circular Quay, Castle Hill Showground and Turramurra Park, throughout Sydney. 10 pm on Friday and Saturday nights, my friends and I would pack into a couple of cars and go hunting. My afternoon run had an extra incentive, and Netflix & chill became Pokémon & chill. I bonded with friends and strangers, all of us on Pokémon hunts. Trying to get catch that high powered Eevee, hoping to find a Charizard around the corner, praying we don’t run out of Pokeballs and levelling up to make the highest CP Pokémon.

Here I was, leaving home, travelling around my city, throwing balls at little monsters, battling other gyms and making friends with other trainers. All trying to become a Pokémon Master.

If you see someone wandering with their heads in the phone and muttering “Where do you even find Dragonites? I CAN’T FIND ANY!!!”, you will know the hunt is on!