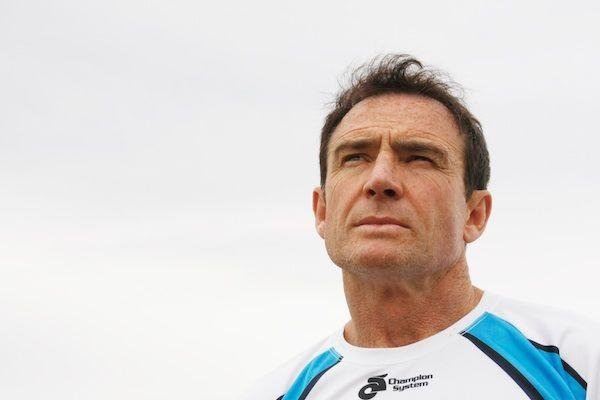 The Sydney based ultra-marathon runner Patrick Farmer comes across a humble high achiever and approachable. He is committed to many humanitarian causes such as initiating a “Spirit of India” Marathon in India on January 26th, celebrating both Australia Day and India’s Republic Day. The “Spirit of India” will take him to a run of Over 4000km in 60 days. Pat will run from Kanyakumari in the south, along the west coast towards Mumbai and beyond, then to New Delhi and to a final lap ending at the summit of the Himalayan Mountains. Two crew vehicles will be joining Pat throughout his journey. The first will consist of Pat’s run crew, which will have his trainer/physiotherapist and a journalist recording the trip. The second will be comprised of a film director and camera crew.
As per Pat “The Spirit of India run is not just a diplomatic mission between Australia and India but an important fundraising effort to support girl’s education in India through the K.C. Mahindra Education Trust. The key to promoting progress and equality in a nation starts with empower young girls who grow up to be mothers, teachers and role models for the next generations. Every cent can make a difference.
Dedicated to Helping Humanity
Pat Farmer was a teenage apprentice working in a Granville garage when he realised that ordinary people could do extraordinary things. He got inspired watching a group of brave runners jogging down Woodville Road on their way to Melbourne. He started running and thought about supporting “big picture” humanitarian cause through marathon runs.
Pat Farmer is a multiple world record holder for endurance running. He has run from the North Pole to the South, and across Australia, New Zealand, Vietnam, the Middle East and North America. Pat Farmer served eight years in Australian Parliament, with three years as Parliamentary Secretary for Education, Science and Training. Winner of ‘Achiever of the Year’ (2000), awarded by Prime Minister John Howard. Pat has raised millions of dollars for causes during his over 20 years of running career, including Lifeline, Cancer Council, Australian Red Cross and Diabetes Australia.
Between April 2011 and January 2012, Pat Farmer successfully completed the world’s longest ultra-marathon, a “Pole to Pole Run” from the North Pole to the South Pole, raising A$100,000 for Red Cross International.

The INDIAN TELEGRAPH talked to Patrick Farmer for an exclusive interview before his departure to India for the “SPIRIT OF INDIA” run.

IT: What are the major objectives or mission for your Indian Marathon?
Pat: To support Girls Education throughout India by raising funds on the My Cause page of patfarmer.com website before and during the run my goal is to raise $100,000 AUD and Also to strengthen relations trade and sport between both nations Australia and India and also to show Australia that there is far more to India than just Cricket and Curry.

IT: How the community can assist this both from India and in Australia?
Pat: The members of community can support by simply going to www.patfarmer.com and clicking on the My cause donation site for the Spirit of India run and making a donation. This will assist Nanhi Kali Charity for girls’ education in India.
IT: Any message to younger generation from your experience and projects?
Pat: If one man can put one foot in front of the other and in just 60 days cover the length of India the world is not such a big place after all and the things that we do in India and Australia effect the rest of the world and the things that happen in the rest of the world do affect us. Also that anything is possible if you have a pure heart and a steely determination.
No wonder one small step by Patrick Farmer is a giant step for the mankind.
The INDIAN TELEGRAPH extends best wishes to Patrick Farmer and his “SPIRIT OF INDIA” run.