Space junk will enter Earth’s atmosphere on Friday the 13th 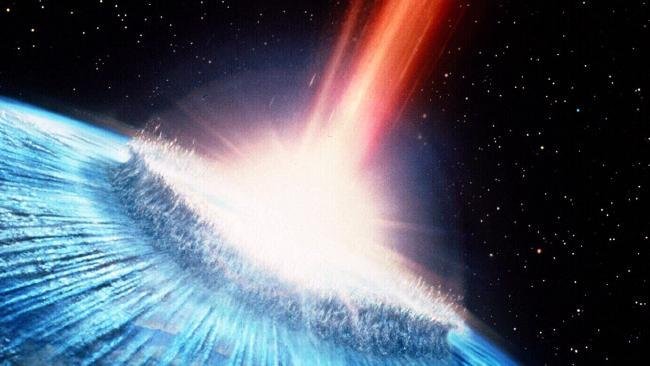 WHAT could be more terrifying that a mysterious object hurtling its way to Earth?

A mysterious object that is expected to hit Earth on Friday the 13th.

Dubbed WT1190F by scientists, this strange bit of space junk is estimated to be 1-2 metres long and has been calculated to enter the Earth’s atmosphere above the Indian Ocean in Sri Lanka on November 13.

According to the journal, Nature, experts were unsure what it was when it was first detected by the Catalina Sky Survey at the University of Arizona earlier this month.

It is thought the object could be debris from a spent rocket or panelling from a recent Moon mission. Or it could be left over from the Apollo Moon missions.

Back in 2002 part of the Saturn V rocket that launched the second mission to land men on the Moon was seen orbiting the Earth.

Astronomy software developer Bill Gray, who has been tracking the debris with astronomers at NASA’s Jet Propulsion Laboratory, told Nature they were able to identify the object after unearthing 2012 and 2013 sightings from telescope archives.

He said they found WT1190F travelled at a highly elliptical orbit, swinging out twice as far as the Earth–Moon distance and calculated it will hit the ocean about 65km off the southern tip of Sri Lanka.

And while they believe most of it will burn up in the atmosphere, Mr Gray said he wouldn’t take any chances.

“I would not necessarily want to be going fishing directly underneath it,” he said.

Currently, scientists are monitoring the space junk in a bid to figure out what it is.

They are also using the event to test out protocols put in place in case a catastrophic object was headed our way.

“What we planned to do seems to work,” Gerhard Drolshagen, from the European Space Agency’s said. “But it’s still three weeks to go.”

Mr Drolshagen said he planned to carry out the observations on board ships or aeroplanes.

However there are funding problems.

According to Nature, the US military, which tracks space debris, says that it lacks the ability to identify WT1190F or to predict its path.

“There is no official, funded effort to do tracking of deep-Earth orbits the way we track low-Earth orbit,” Jonathan McDowell, an astrophysicist at the Harvard–Smithsonian Center for Astrophysics said. “I think that has to change”.

And while WT1190F may not be able to attract funding, it is attracting fans after a Twitter account popped up over the last few days.

Besides inquiring about the weather at its intended destination, WT1190F also seems to be a little sensitive about being called names.