Mark Zuckerberg Checked in at the Taj Mahal on Facebook 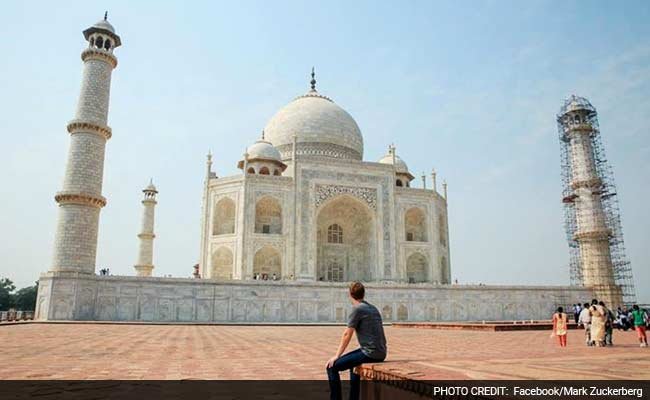 After Prime Minister Narendra Modi’s visit to Facebook’s headquarters in the US, the tech giant’s super boss Mark Zuckerberg is in India for a Townhall Q&A. Ahead of the event at Indian Institute of Technology (IIT)-Delhi tomorrow, Zuckerberg visited the Taj Mahal at Agra.

In a post, the Facebook CEO shared a picture at the magnificent marble monument voted as one of the new wonders of the world. The photo shows Zuckerberg facing away from the camera, in his custom grey t-shirt and blue jeans, gazing at the Taj.

“It is even more stunning than I expected,” he says on Facebook.

Zuckerberg had announced on his Facebook page earlier that he is “looking forward to hearing directly from one of our most active and engaged communities”.
Days ago, Zuckerberg visited China and pulled out all stops to impress his audience at Beijing’s Tsinghua University by delivering his speech in Mandarin.