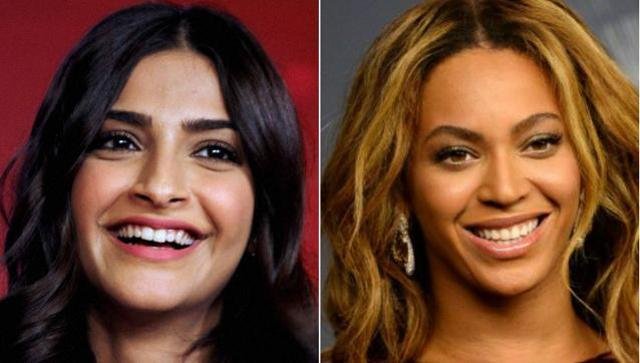 Remember how we all died a little bit inside last year when we heard that Chris Martin had come to Delhi and performed an impromptu gig at a Hauz Khas cafe? Now we know what has come of it: Apparently, Sonam Kapoor will feature in Coldplay’s next music video, and joining her will be Queen Bey.

Yes, it’s true and the actor herself has confirmed it. “I love Coldplay’s music and so does the world. It was a huge honour to be a part of the video. It’s a great concept and I had a lot of fun shooting for it,” Sonam told Times of India on Thursday. “Sonam shot for a day last October at the Golfa Devi Temple in Worli and the Vasai fort,” a source close to her told the newspaper.

It will be the third song ‘Hymn To The Weekend’ from the album A Head Full Of Dreams and the video will be directed by Ben Mor. Hopefully, Coldplay will make this video a good one like they used to and not like the last one with the dancing apes (that should be a lesson in how to ruin a perfectly good song).

Beyonce has also lend her voice to the song and could also feature in the video. That’s big Sonam. Kudos to you!