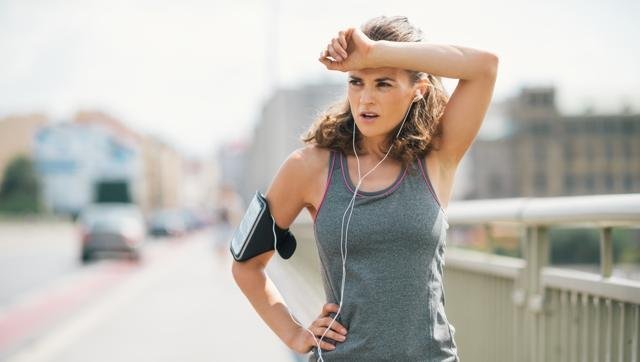 Wristbands which track the number of steps you take, how many calories you burn and how fast your heart beats have become so popular they are now part of many a smartphone contract.

But what they cannot do is measure health at the molecular level, meaning what is happening inside the body.

Now a device developed by researchers and engineers from the universities of California in Berkeley and Stanford promises to do just that, by analysing your sweat.

The wearable “smart headband” or “smart wristband” is made of flexible sensors and microprocessors that stick to the skin. It analyses chemicals in sweat, including levels of sodium, glucose, potassium, lactate, as well as skin temperature — indicators of muscle fatigue, dehydration or dangerously high body temperature.

The data is relayed in real-time to a smartphone app.

He was the lead author of a paper published Wednesday in the journal Nature.

Sweat is already used to diagnose certain diseases or detect drug use, but needs to be collected and sent off for analysis in a lab.

Real-time, continuous analysis has proven difficult due to a lack of flexible, lightweight and wearable electronic monitors. The new device combines all these features, and may also open up other avenues, the study authors said.

“With this noninvasive technology, someday it may be possible to know what’s going on physiologically without needle sticks or attaching little, disposable cups on you,” said co-author George Brooks, an exercise physiologist.

Jason Heikenfeld, a computing and electrical engineering expert from the University of Cincinnati who did not take part in the study, said this was “a real leap forward for wearable devices.”

The gadget “might one day be used to monitor the amount of active drug in a patient’s blood — helping to avoid rises and falls in drug levels between doses,” he wrote in a comment carried by Nature.