How This Sikh Army Veteran Stood Out At Democratic National Convention 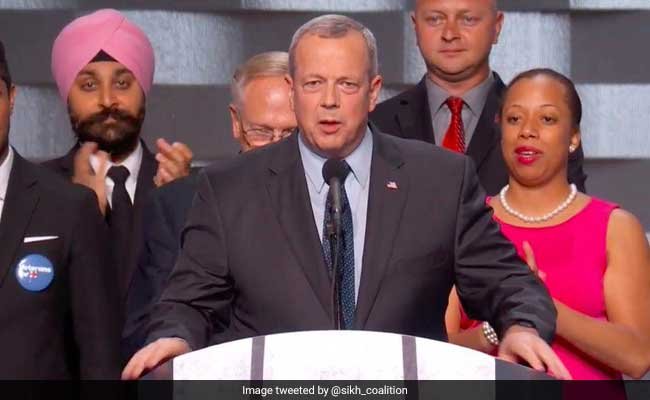 A decorated Sikh-American army veteran today stood out in his pink turban at the Democratic convention as he joined top retired generals on stage in support of Hillary Clinton.

Major Kalsi, one of the few Sikh-Americans who have the distinction of serving in the US armed forces, was distinct in the line of army generals and veterans in his pink turban. He had earned a Bronze Star Medal for his service in Afghanistan.

In 2009, Major Kalsi became the first Sikh in the US military to receive permission to wear a beard and turban, thus ending a 23-year-old policy that excluded Sikhs from service.

The US armed forces now give exceptions to Sikhs on a case by case basis to join active duty.

Mrs Clinton today formally accepted her nomination, becoming the first women presidential nominee of a major political party in the US.