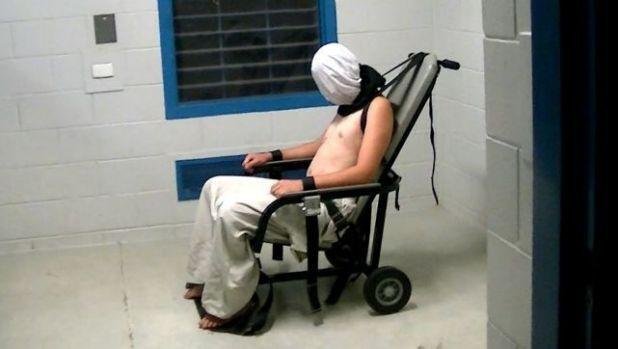 A “shocked” United Nations has called on Australia to compensate victims of abuse in youth detention and extend the royal commission into juvenile justice nationwide.

The global body noted children as young as 10 were “being held in inhumane conditions and treated cruelly”, activities that could amount to a breach of Australia’s human rights obligations.

“We are shocked by the video footage that has emerged from Don Dale youth detention centre in the Northern Territory in Australia,” High Commissioner for Human Rights Zeid Ra’ad Al Hussein said through a spokesman.

“Most of the children who were held at the detention facility are deeply traumatised.”

The Commissioner said the disturbing footage aired by the ABC this week could violate the Convention on the Rights of the Child and the Convention Against Torture. Australia is a party to both treaties.

He praised the royal commission into the Northern Territory’s juvenile detention and child protection systems as “an important step”. But he encouraged the Turnbull government to expand the inquiry’s scope “in order to establish that such appalling treatment is not taking place in any other place of detention in Australia”.

Prime Minister Malcolm Turnbull announced the inquiry’s terms of reference on Thursday, less than 72 hours after the Four Cornersdocumentary aired.

While few questioned the necessity of the royal commission, the central thrust of criticism was that Mr Turnbull’s haste – as well as the limited consultation and limited scope – would ultimately devalue the inquiry.

Labor denied the government’s claim that it had consulted the opposition on the terms of reference. Many were also angered that NT Chief Minister Adam Giles was given input into the design of a probe into the actions of his government.

There was also concern that the appointed commissioner Brian Ross Martin, a former chief justice of the Northern Territory, was too close to the justice system to be independent.

The UN called on Australia to financially compensate victims of abuse in detention, as well as identify and punish the individuals responsible for such acts.

Six boys who were tear-gassed at Don Dale in 2014 are suing the NT government over the incident. The NT government counter-sued two of those people over an alleged escape attempt, but the cases were dropped after they were exposed by the ABC.

The UN also said there was an “immediate need” for Australia to ratify the Optional Protocol to the Convention against Torture and establish a “national preventative mechanism” to conduct regular visits to all detention facilities.

“Events at Don Dale clearly show the immediate need to establish such a system of regular visits to ensure that what happened at Don Dale never happens again in Australia,” the Commissioner said.