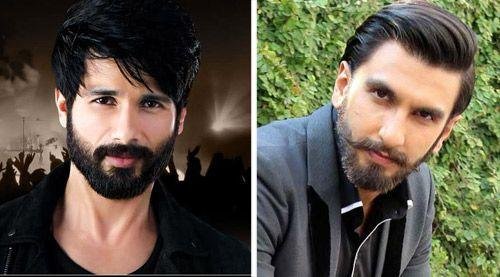 When Rohit Shetty announced the remake of the 1989 cult film Ram Lakhan, to be produced by Dharma Productions, what followed was a series of speculations about the casting. With the names of several A-listers being tossed around, we believe that the makers may have found their perfect Ram and his brother Lakhan for the remake.

From what we hear, Shahid Kapoor and Ranveer Singh are the current contenders for the role and the two will soon be signed for the same. In the original Subhash Ghai blockbuster, Ram, the sincere and honest cop was played by Jackie Shroff and the enthusiastic grey-shaded role of Lakhan was played by Anil Kapoor. In the upcoming remake it is being that Shahid Kapoor will play the elder brother Ram whilst Ranveer will be seen as the younger Lakhan. An official announcement on the same is being awaited.

Also, the hunt is on for the leading ladies which were played by Dimple Kapadia and Madhuri Dixit in the original along with an actress who is strong enough to pull off the mother’s character of Rakhee.

- Advertisement -
Share
Facebook
Twitter
Pinterest
WhatsApp
Previous articleYoungsters wanting to be Dhonis and Kohlis not getting chance: SC to BCCI
Next article‘Better To Dance Than To Beg,’ Says Supreme Court On Plea on Dance Bars
- Advertisement -