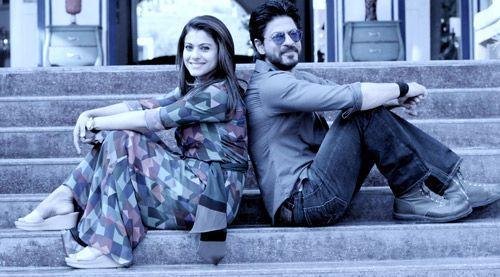 Earlier we had reported that Shah Rukh Khan’s production house Red Chillies Entertainment (RCE) would be seen entering the field of film distribution with the actor’s soon to release film Dilwale. In fact it was learnt that to distribute the film, RCE would be collaborating with numerous local distributors for a pan India release. Well, now we hear that to entice the distributors, Shah Rukh Khan held a special preview screening of the film for them.

If what we hear is true, then RCE and SRK flew down all the domestic distributors of Dilwale to Hyderabad. Once there, the distributors were shown 60 minutes of the film. Thanks to this, the distributors were obviously excited, since seldom are they shown hour long footage for any film before the release, in fact all one usually gets to see is the showreel. On the other hand, the distributors who have since acquired the movie for their territories on a Minimum Guarantee (MG) basis were pretty pleased with SRK and Kajol’s chemistry, Varun Dhawan’s entry scene, and were even praising Varun Sharma’s comic timing, who was last seen in Kis Kisko Pyaar Karoon. Further we also hear that the comic scene between Johny Lever and Kajol will definitely leave the audience in splits.

Coming back to the distribution of the film, we also hear that Shah Rukh Khan’s confidence in the distributors stems from the fact that he has chosen new set of distributors in some of the territories. For Bombay territory which contributes nearly 40% of all India revenue, he has entrusted rights to Dr. Sunil Patil, who is the cofounder of Scrabble Entertainment which bought 2k technology to India.

As of now, while Dilwale is still being shot with post production work going on simultaneously, all eyes are awaiting its release.