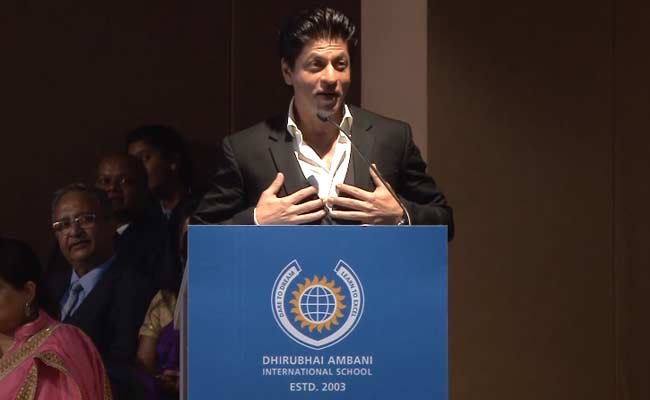 Bollywood superstar Shah Rukh Khan feels it’s time for Indian films to up the ante with regard to storytelling and technology to stem the ascendance of Hollywood films in our local markets. “We are the biggest market in the world and it will be unfortunate if our Indian products (films) don’t do well in the Indian market and cinema can get a little affected not so fast but it can get affected,” said King Khan when we asked him about the claims that Hollywood films are besting Bollywood ones at the domestic box office.

However, while one can’t discount the fact that Hollywood films have fared better than Indian ones this year, SRK feels India is the only country where local cinema has done well despite Hollywood getting a free run in our markets unlike China. “We believe in Make in India. We are the only country where our local Indian cinema is doing well in local areas. We are the only country left. Otherwise in other counties, it is Hollywood films that are looked up to for commerce. We are the only country left, and perhaps China but they have a cap on the number of non-Chinese films that you can release in their market. India is the only free democratic and free business country where Make in India actually works. But if technology and presentation of cinema doesn’t become international fast, there is going to be a chance (of Hollywood taking over) though culturally India is very strong and holds on to our culture very strongly, which is part of our Indianness. We all love our country. But somewhere down the line, kids have access to films across the world. So we need to raise our standards.”

On the issue of censorship, when SRK was asked if brutal censoring of films would herald in a dark age, the Raees actor said, “Those things can’t take us back. Our storytelling has to become better technically, technologically, creatively and in terms of screenplay. We have to change with times and keep note of what youngsters want. We have 55 to 60 percent of young audience. May be they don’t want what we showed in the 90s or 80s. So we need to keep up with that and change fast enough and not always keep on thinking that inner India likes only those kind of films while city India likes something else.”

The superstar however declined to comment on whether certification, as opposed to censoring of films, is the way forward. “I don’t understand these things. I make family films. I have no problems,” said SRK.