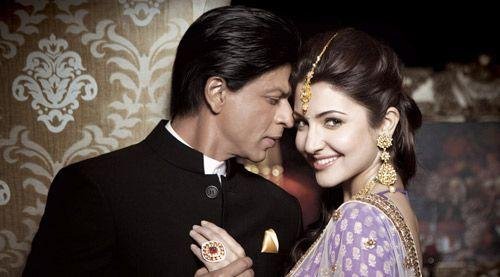 It has been a while since the rumours about Imtiaz Ali’s next have been doing the rounds. While it was Shah Rukh Khan who was said to play the male lead, we now hear that Anushka Sharma will play the leading lady. The actress has now been roped in for the next Khan project, whilst she is already busy with Sultan starring Salman Khan.

However, the said on screen couple, Shah Rukh Khan and Anushka Sharma has previously worked well at the box office. The actress had made her debut in Bollywood opposite this superstar with Rab Ne Bana Di Jodi (2008). She has also starred alongside Shah Rukh Khan and Katrina Kaif in the love triangle Jab Tak Hai Jaan.

On the other hand, speculations claim that the Imtiaz Ali film will have Shah Rukh Khan playing the role of a Sikh tourist in the film which is said to be a comedy. Details of Anushka Sharma’s character, however, are still being kept under wraps. The film, will apparently, be shot in London and Punjab and will revolve around the adventures of Shah Rukh Khan as a tourist abroad.