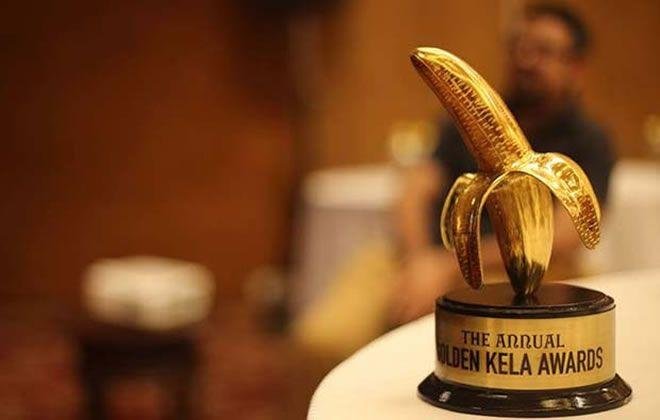 Actor Sooraj Pancholi might have bagged best debut honour at various other award functions for his film ‘Hero’ but the Golden Kela Awards recognised him as the worst actor of the year. The 25-year-old was named over actors like Arjun Rampal (‘Roy’), Arjun Kapoor (‘Tevar’) and Imran Khan (‘Katti Batti’).

The award for the ‘most pointless sequel/remake’ went to ‘MSG 2’ for including over-the-top acting and irritating melodrama. The ‘Baawra Ho Gaya Hai Ke’ Award was earned by director Vikas Behl for his box-office dud ‘Shaandaar’. Voters chose ‘Prem Ratan Dhan Payo’ title track, which became a rage online, as the most irritating song of the year, while ‘Birthday Bash’ from ‘Dilliwaali Zaalim Girlfriend’ had the most atrocious lyrics award. Actor Imran Khan won the ‘Why Are You Still Trying’ award for his Kangana Ranaut-starrer ‘Katti Batti’.

There were some special awards given out by Golden Kela team, like every year.