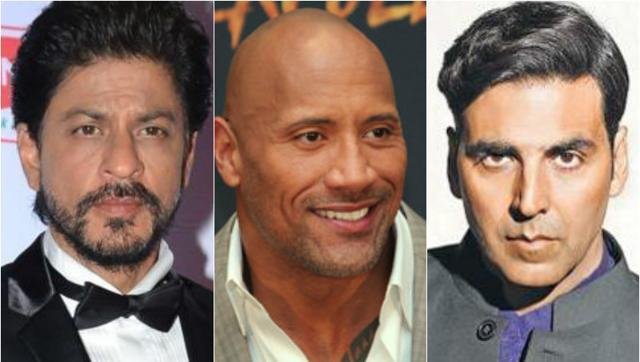 Two Indian actors have made the top 10 on Forbes’ list of the world’s highest-paid actors for this year, and two more appear in the top 20.

Unsurprisingly, the highest-paid Indian on the list is a Khan – Shah Rukh Khan, who is ranked eighth on a list topped by Dwayne ‘The Rock’ Johnson.

The list of highest-paid actresses, released just days ago, featured Deepika Padukone at #10. Her earnings, at $10 million, is exactly half of the lowest paid Indian actor on the list.

Meanwhile, Dwayne Johnson took home an annual paycheck of $64.5 million, which is double of his earnings last year. Jackie Chan, with $61 million, and Matt Damon, with $55 million, are second and third respectively.

Johnny Depp, who recently settled his divorce case with Amber Heard for $7million, is at #5 with annual earnings of $48 million. This year’s Best Actor Oscar-winner Leonardo DiCaprio is at #15 with $27 million.