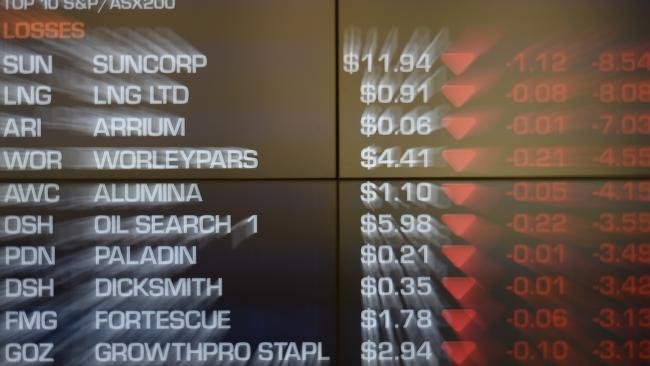 AS IF things couldn’t get worse on global share markets, one of the world’s top banks has issued a chilling warning to investors.
Not only has the Royal Bank of Scotland warned of a “cataclysmic year” ahead, but its credit team has advised clients that a global deflationary crisis is about to hit, The Independent reports.
“Sell everything except high quality bonds. This is about return of capital, not return on capital. In a crowded hall, exit doors are small,” RBS credit chief Andrew Roberts reportedly said in a client note.
“China has set off a major correction and it is going to snowball. Equities and credit have become very dangerous.”

Mr Roberts predicted that Wall Street and European stocks would fall by 10 to 20 per cent, with even an deeper slide for the FTSE 100 given its high weighting of energy and commodities companies.
“London is vulnerable to a negative shock. All these people who are ‘long’ oil and mining companies thinking that the dividends are safe are going to discover that they’re not at all safe,” he said.