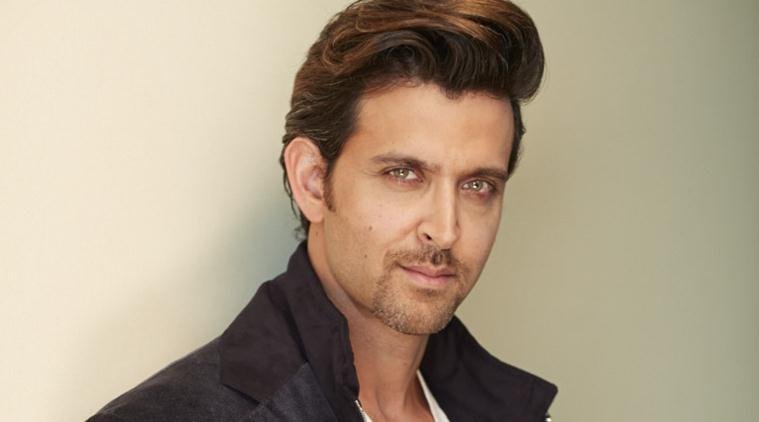 His struggle to overcome stammering during grown up years, broken marriage with childhood sweetheart Sussanne Khan and his ongoing legal battle with actress Kangana Ranaut has not changed Hrithik Roshan’s positive outlook towards life. As he looks back, actor Hrithik Roshan sees himself as an evolved person, who inspite of experiencing highs and lows in his life, has still “soldiered on”.

“I constantly believe in evolving as a human being, an actor and a performer. As I look back, I see myself as an evolved person who has seen great highs and lows and still soldiered on,” Hrithik told IANS in an email interview.

The actor is currently in news for his legal spat with Kangana. The two, who were apparently dating in the past, slapped a legal notice against each other for tarnishing their respective images in the public.

Issues began when Kangana hinted at Hrithik being her “ex” when she said in an interview that she fails to understand “why exes do silly things to get your attention”. The topic in discussion was Hrithik’s hand in getting Kangana replaced in the project by Sonam Kapoor in “Aashiqui 3”. In an indirect dig to that, Hrithik had later tweeted: “There are more chances of me having had an affair with the Pope and any of the (I’m sure wonderful) women the media has been naming. Thanks but no thanks.” This set the stage for their legal war.

On being asked how his good or bad times have influenced him as an actor or as a human being, he chose to let it go unanswered, but said that while everybody wants to change something about their lives, they compromise with situation and time. “I believe if you are not rediscovering yourself and pushing boundaries, then you are not alive. Everybody wants to change something about their life, but they are either too afraid, too lazy, or too comfortable with the way things are,” he said.

The actor is currently the brand ambassador of the watch brand Rado and recently launched the Swiss watchmaker’s chocolate brown high-tech ceramic collection. Hrithik says that his ability to reinvent himself “in new roles resonates with the brand’s image to constantly innovate, making it a perfect fit”. But at a time when some senior actors are facing criticism for choosing wrong brand endorsements, Hrithik says that he only works with those brands that inspire him.

“There is a high focus placed upon the importance of choosing a reliable, trustworthy celebrity to endorse or sponsor a company’s product, while still balancing the celebrity’s power to influence their consumers. And for me, I work with people and brands that inspire me. Our values and message need to be the same,” he told media.

With time being such an important part in everybody’s life, the father of two feels that he always tries to be committed to deadlines. “Quite often we hear of our busy schedules and insane shoot hours. Despite this, it’s important to manage to be punctual and stay true to one’s profession. I try to be very sincere and committed to my films and deadlines,” he said. Last seen on screen in 2014 released action film “Bang Bang!”, the actor is currently shooting for Ashutosh Gowariker’s directorial “Mohenjo Daro”. Also starring debutante Pooja Hegde and veteran actor Kabir Bedi, the movie is set in the ancient city of Mohenjo Daro in the era of the Indus Valley civilisation.

The movie marks Gowariker’s second collaboration with Hrithik after 2008 film “Jodhaa Akbar”. For Hrithik, “doing a period drama is always a challenge”. “I am travelling back into time and it’s been a great journey and a great experience. The other movie (‘Kaabil’ directed by Sanjay Gupta and produced by Rakesh Roshan) is a love story-cum-revenge drama and it’s shaping well,” said Hrithik.