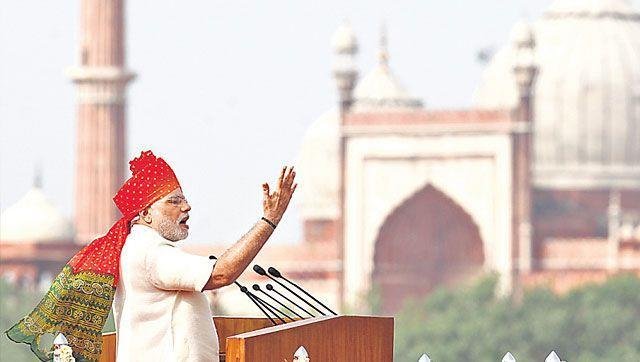 For his first Independence Day address as prime minister, Narendra Modi took all by surprise as he stood on the ramparts of Red Fort without the security of the glass enclosure. This year, the security establishment is insistent the PM will stay within the bulletproof shield.

“This time, we want the bullet-resistant glass enclosure back in its place to ensure better security for the PM, who continues to face threats from terrorists and extremists. As of now, no final decision has been taken on its insertion but we continue to insist,” a home ministry official told HT.

Last year, the enclosure was removed hours before the speech on Modi’s request so that he could “directly connect” with his audience. “The PM didn’t relent even after a long debate among his security officials. Extra security measures had to put in place to compensate for the removal of the glass,” said a security official involved in the deliberations.

The glass enclosure has been a constant fixture since it was first used for Rajiv Gandhi at the 1985 Republic Day parade. VP Singh used one that came up to his chest for his Independence Day speech in 1990, but it went back to being of body height when PV Narasimha Rao became prime minister the next year.

Intelligence agencies have assessed Modi to be the most threatened PM after Rajiv Gandhi, and are being more cautious in the wake of the execution last month of 1993 Mumbai blasts convict Yakub Memon and the terrorist attack in Gurdaspur, Punjab.

Apart from the bulletproof glass, securing the PM on I-Day is a massive security operation involving multiple agencies.

High-rises in the vicinity of Red Fort — even as far as the Videocon Tower in Jhadewalan, which is at an aerial distance of 2.5km — are sanitised and secured by snipers from the Delhi Police and paramilitary forces. Satellite maps of areas under watch are reviewed to look for additions or alterations in buildings.

While the Special Protection Group provides close-proximity security to the PM, peripheral security — including sanitising the routes taken by various dignitaries to reach Red Fort — is the responsibility of the Delhi Police. The overall function is organised by the defence ministry and the defence secretary makes a final briefing about the arrangements to the prime minister’s office.