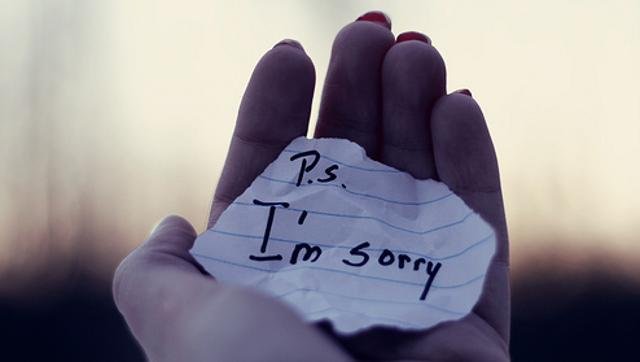 Making the perfect apology can be tricky. But not when you have a secret science-backed formula to saying sorry in the best possible way.

Scientists have now given us six components to an apology, which can make our ‘sorry’ more effective.

“Apologies really do work, but you should make sure you hit as many of the six key components as possible,” said lead author Roy Lewicki of the Ohio State University.

In two separate experiments, Lewicki and his co-authors tested how 755 people reacted to apologies containing anywhere from one to all six of these elements: expression of regret; explanation of what went wrong; acknowledgment of responsibility; declaration of repentance; offer of repair; and request for forgiveness.

While the best apologies contained all six elements, not all of these components are equal, the study found.

“Our findings showed that the most important component is an acknowledgement of responsibility. Say it is your fault, that you made a mistake,” Lewicki said.

When the elements were evaluated one at a time, there was general consistency in the importance of the components across the two studies, with slight variations. But in both studies, the request for forgiveness was seen as least important.

Lewicki noted that, in this work, participants simply read apology statements. But the emotion and voice inflection of a spoken apology may have powerful effects, as well.

“Clearly, things like eye contact and appropriate expression of sincerity are important when you give a face-to-face apology,” he said.

The study appears in the journal Negotiation and Conflict Management Research.