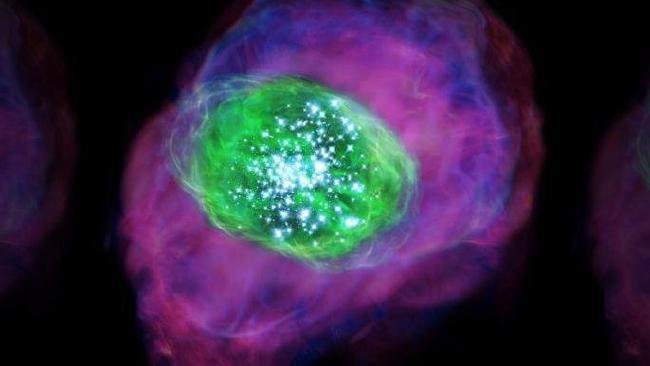 USING an array of antennas in the mountains of Chile, scientists have discovered the presence of oxygen that existed a long time ago, in a galaxy, far, far away.

The galaxy, which is 13.1 billion light years from Earth, was just 700 million years old when the observation was made.

Because light from very distant celestial objects takes so long to arrive at Earth, observing that light is the same as peering back in time.

The European southern Observatory, which operates the telescope that detected the oxygen, says that this discovery is “firm evidence for the presence of oxygen in the early Universe, only 700 million years after the Big Bang.”

In addition to the oxygen they found, which had been ionised, the scientists also discovered a small quantity of dust.

Studies like this one help scientists understand an early phase in the history of the universe called cosmic reionization.

The astronomers did not detect the oxygen in large amounts.

“The small abundance is expected because the Universe was still young and had a short history of star formation at that time,” Naoki Yoshida, of the University of Tokyo, said in a statement.

Yoshida is a co-author of the new study reporting the find, which was published in the journal Science.