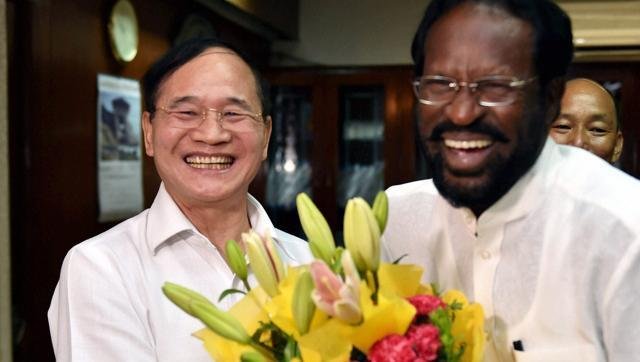 The Supreme Court restored the Congress government in Arunachal Pradesh on Wednesday, embarrassing the central government for a second time in two months over its decision to impose President’s Rule in opposition-ruled states.

A five-judge bench led by justice JS Khehar quashed governor JP Rajkhowa’s decision to advance the legislative assembly session by a month last year, a move that precipitated the fall of the Congress government led by Nabam Tuki in December. He was succeeded by Kalikho Pul, who led a Congress rebellion and formed the government with support from the BJP.

In May, the Union government clamped central rule in Uttarakhand but the Congress-led state government successfully challenged that decision in court.

Despite the verdict, Tuki might find it difficult to hold onto power in Arunachal Pradesh if a floor test is held as the Congress currently has just 15 legislators in a house of 58. On Wednesday evening, he wrote to the acting governor about the transition of power andclaimed to have taken charge as the chief minister from the Arunachal Bhavan in New Delhi. A Raj Bhavan spokesperson in Guwahati confirmed receiving the letter and said that there was no action yet from the governor.

“The judgement has to be implemented and the governor will take all necessary actions and steps,” Attorney General Mukul Rohatgi said after a high-level convened by the home minister Rajnath Singh at North Block.

According to sources, the Centre is not going to seek any review of the Supreme Court judgement since it was not a party to the case. If any clarification has to be sought, it will be sought by the governor, the sources said.

On Wednesday, the Supreme Court restored the state assembly to its state before December 15 – which means the dismissal of the Congress government, President’s Rule and the new administration have all been effectively declared invalid.

The court scrapped the governor’s December 9, 2015 message directing the manner in which the assembly proceedings had to be conducted. “This order to prepone the assembly violates the constitution,” the bench said.

“All decisions taken by the Arunachal Pradesh assembly after December 9 are unsustainable and set aside,” held the bench in a unanimous judgment. It disapproved of the governor’s interference with the functioning of the assembly on the ground there was political turmoil in the state.

“The provisions of the constitution do not enjoin upon the Governor, the authority to resolve disputes within a political party, or between rival political parties,” the bench said and admonished Rajkhowa for issuing the illegal order. It violated the constitutional rules that demarcate the role of a governor and speaker. A governor, the court pointed out, could not have participated in the House proceedings including the speaker’s removal and disqualification of the 21 rebel Congress lawmakers.

“The verdict is historic . It paves way to protect healthy democracy in the country,” said ousted chief minister Nabam Tuki.

The Congress demanded the resignation of Governor Rajkhowa. Party president Sonia Gandhi said, “Those who trampled upon constitutional propriety and democratic norms have been defeated today.”

Sitting CM Pul also struck a defiant note, saying the government is run by numbers, not court verdicts. For his part, Pul and the dissidents can seek a review of the verdict.

Signs of opposition consolidation around the court decision were visible on Wednesday as the Congress, Left Front, Aam Aadmi Party and Biju Janata Dal indicated they will make it an issue in parliament that begins on July 18.