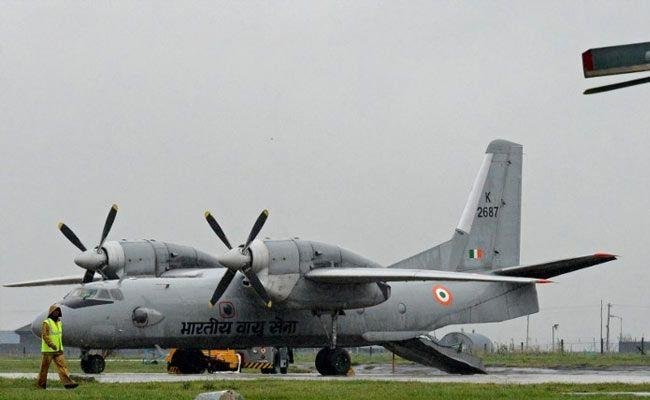 The massive hunt for the Indian Air Force’s AN-32 aircraft that went missing in stormy monsoon weather over the Bay of Bengal on Friday with 29 people on board entered its fourth day on Monday.

The search was intensified today after satellite imagery pointed to possible floating objects but nothing has been found yet.

“Indigenous imagery satellite did give us some pointers to possible floating objects. The area indicated are being searched intensively by ships and aircraft. Nothing sighted as yet,” defence sources said.

The plane left the Tambaram air base near Chennai at 8.30 am on Friday and was to have landed at Port Blair around 11.45 am. It fell off the radar at 9.12 am, 280 km east of Chennai. It made the last radio contact at 8:46 am, 16 minutes after take-off, when the pilot reported that “everything is normal”.

Air Force and Navy officials said the search was continuing but no signs of any wreckage had so far been found.

As many as 18 Navy and Coast Guard ships including a submarine, and eight aircraft like P 81, C 130 and Dorniers are involved in a massive search operation in the Bay of Bengal, about 150 nautical miles east of Chennai, where inclement weather appeared to be a hurdle.

Defence Minister Manohar Parrikar, who was in Chennai yesterday, undertook a two-hour aerial survey of the area of operation. He instructed that more resources could be diverted for the purpose if necessary.

The sea is very rough and there is thick cloud cover in the area, sources said, adding he has directed all Commanders to be in touch with families and provide them information that may be required, they said.

The Indian space agency will be using its Radar Imaging Satellite (RISAT) that can see through the clouds to locate the missing plane, Indian Space Research Organisation (ISRO) Chairman AS Kiran Kumar told IANS.

There are more than 100 Russian-made AN-32s in service with the IAF. It is an aircraft that can fly for up to four hours without refueling and can operate in all weather conditions.