Sanjay Leela Bhansali to sign Shah Rukh Khan for his next? 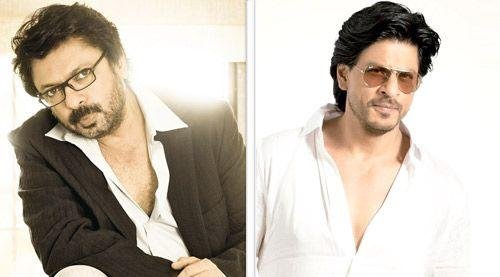 When two megastars come together, the result is a film like Devdas which had grandeur, costumes, colour and most of all, a heart wrenching love story at the backdrop. It’s been a while since audience have been waiting eagerly to see the magic of Sanjay Leela Bhansali and Shah Rukh Khan once again on screen and it seems that their wish may be fulfilled soon. Our sources tell us that Sanjay Leela Bhansali and Shah Rukh Khan will soon be teaming up for a film.

Though the filmmaker’s sudden and surprise visit to Salman Khan’s residence has fueled up speculations about a film discussion between the two, sources claim otherwise. It seems that it is actually Shah Rukh Khan who has been approached by Sanjay Leela Bhansali for his upcoming film and the two are currently in the stage of discussing modalities for the same.

However, the story, the genre and the other details of the film are currently under wraps.