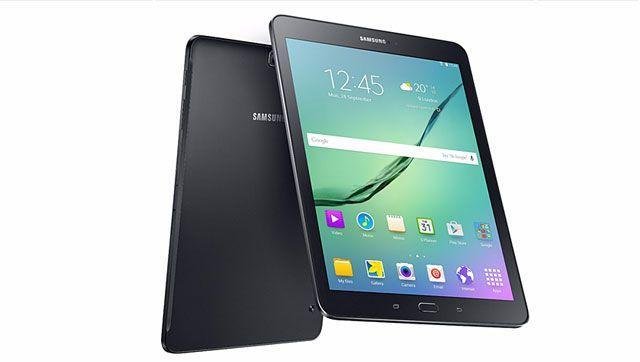 Samsung has quitely announced its new Tablet the Galaxy Tab S2. The new tablet comes in 9.7-inch and 8.0-inch variants, set to launch in global markets in August.

The follow up to last year’s Galaxy Tab S is now identical in terms of size with Apple’s iPad for the larger version (9.7 inch).

Both variants sport a Super AMOLED displays with a 2048×1536 resolution, and the same octacore processors. A microSD slot allows buyers to bump onboard storage space up to 128GB on both devices.

This time around Samsung has done away with the larger 10.5-inch variant introduced by its last Galaxy Tab release. The new iPad-sized model shares the same 4:3 aspect ratio as Apple’s tablet. Samsung is avoiding mentioning video specifically in its promotional materials for the Tab S2, rather highlighting the device’s suitability for reading “digital content, including e-books, magazines, webpages and newsfeeds.”