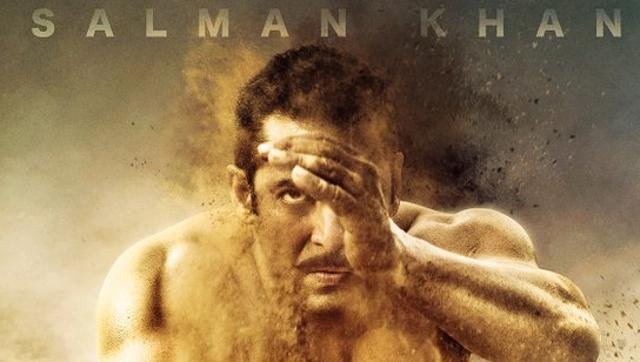 In the poster, Salman has a rugged look on his face (and a bare body except for a langot!). His body language suggests a fight is about to begin. The Bajrangi Bhaijaan star is playing a wrestler and Anushka Sharma his love interest in Ali Abbas Zafar’s directorial debut. Sharing the poster, the actor wrote on his Facebook and Twitter accounts, “Sultan ka Pehla Daav #SultanPoster Sultan.”

Both Anushka and Salman have trained for more than six months to prepare for Sultan. Salman plays a champion wrestler who loses his way after he fails to get his love, Anushka. How he gets life back in order and regains his lost popularity makes for the crux of the film.